LOS ANGELES -- A big Season 25 "dancing in the streets" celebration kicked off "Dancing with the Stars."

Our familiar pro dancers were joined by the Season 25 celebrities and hundreds of extras at the Golden Oak Ranch in Santa Clarita, California, for an opening number to beat all opening numbers.

With 13 couples competing this year, host Tom Bergeron lets us know time will be tight. No dilly-dallying - and only one judge will give his or her opinion after each dance.

By the way, the original three judges are back: Len Goodman, Carrie Ann Inaba and Bruno Tonioli.

Here's a recap of the debut performances, from highest score to lowest:

Jordan is an actor and singer; he performed in "Hamilton" on Broadway. But that kind of dancing is a far cry from what he's learning from Lindsay Arnold in the DWTS ballroom. They are assigned the tango, which is completely foreign to Jordan. He seems to master it for week one, and the dance seemed to literally electrify Carrie Ann. She praised him for his swagger, and the fact that he actually led Lindsay in the dance.

True DWTS aficionados might recognize Lindsey; she's played her electric violin on the show several times over the years. But actually taking the dance floor is a whole new animal, and it looks like a challenge she is ready to take. Former champ Mark Ballas returns this season and will lead Lindsey towards the mirror ball. He teaches her a proper cha cha for her first routine. Lindsay's biggest trouble comes from moving her arms; because she plays the violin, she's not used to ever moving them!

It's the Lacheys vs. the Chmerkovskiys in the "wife swap" battle of DWTS. Vanessa is a TV host but right now her focus is being the mom of three young kids. She's relishing a little "me time" and appreciates everything Maks is teaching her this early in the competition. It will be fun to see these two couples spar on the dance floor! Vanessa's first dance is a cha cha, and Bruno thought her footwork was well-placed, her lines were finished, and her posture strong. Keep it up!

Nikki is a fierce competitor in the WWE ring; she's very nervous about skirts and high heels and a ballroom! Artem Chigvintsev will guide her through the maze of DWTS. He says her biggest hurdle is needing to learn how to follow; that's got to be tough for a fighter who must always attack! Len thought once they got into hold on their tango the two had good contact, but he advised Nikki to lift herself up, be confident and sizzle!

Frankie is a grown man but to lots of TV fans he'll always be "Malcom in the Middle." And he doesn't mind if fans call him that! Or, as his partner Witney Carson did, "Agent Cody Banks." He's a bit timid and shy in rehearsal, but Witney brings out his playful side and by the time they get to the ballroom Frankie is all in! Carrie Ann called his foxtrot beautiful, honest and vulnerable.

There seems to be that story every season that makes you remember to be grateful for even the little things - like walking. Victoria, now an ESPN reporter, was paralyzed for 10 years. She's only been able to walk for a few. But this girl exudes positive energy and you can't help but root for her. Victoria is over the moon when she gets Val Chmerkovskiy for a partner. He is nothing but impressed with her strength and courage, and calls her a living miracle. They performed a cha cha that Carrie Ann called joyous, with balance and crispness.

The other half of the married couple face off sees Nick with Maks's wife Peta. He also has to contend with the fact that his brother Drew won the mirror ball back in season 2 with Cheryl Burke. There's a lot of competitiveness going on here! Nick lets us know that even though he was in the boy band 98 Degrees, they were the singers who did NOT dance. But this dad of three says he's always telling his kids not to be afraid, so he's got to walk the walk (or really dance the dance). It's another cha cha, and Len appreciated that Nick came out and gave it his all, and didn't hold anything back.

If anyone this season knows what it's like to be a champion, it's Derek. Eighteen seasons in the NBA; five championships with the Los Angeles Lakers. But there's one very strong reason behind his decision to take on the DWTS challenge; it's his mom's favorite show. We get to see him FaceTime with her and tell her he's going to dance; she screams like there's no tomorrow. Sharna Burgess teaches him a sexy salsa for week 1 and Bruno was impressed with his command for the room and stage presence; but he told him not to forget about the steps!

This star of "Pretty Little Liars" actually has parents who were professional ballroom dancers, but she never learned their trade. Gleb Savchenko thinks he sees a diamond in the rough and is excited with her natural ability. Sasha is getting married next year so she's hoping DWTS helps her get in shape for a wedding! They perform a cha cha that Carrie Ann called fierce. She thinks Sasha is right on track.

She was one of the biggest pop stars in the 1980s and battled her way to the top of the music charts. But Gibson has been fighting a very different battle in the past few years: her health. She's had Lyme disease for the past four years, which has left her muscles weak and achy. Debbie wanted to challenge herself and get "unstuck," so she signed on for DWTS. Her first dance with pro partner Alan Bersten is a foxtrot to her own song, "Lost in Your Eyes." Bruno thinks he sees a great partnership with wonderful chemistry.

Drew and his twin brother Jonathan host "Property Brothers" on HGTV so building a dance routine instead of a house is completely foreign to Drew. His partner, Emma Slater, is also a twin! Like Sasha Pieterse, Drew's engaged and wants to be able to dance at his upcoming wedding. He and Emma have a full foot height difference so that's a bit of a challenge for their foxtrot. Len called him a "fixer upper" and told Drew to focus on his feet, hands and finesse.

"T.O." is known for his "TD" celebrations on the football field. He tells his partner, returning pro Cheryl Burke, that Terrell and T.O. are two different people, and T.O. is the one who will come out on the dance floor. He learns a basic cha cha that works with the great song "Ain't Too Proud to Beg." It's Len who gives critique, and he called the dance entertaining, full of fun and energy. He also cautioned Terrell to watch his feet and dance "full."

She's leaving her fellow "sharks" behind for a bit to try and take a bite out of the dance world. Barbara is more than thrilled to be paired with Keo Motsepe. Maybe instead of a shark she's really a cougar? Their salsa to the song "Moneymaker" had Bruno commenting that her intentions were good, but her execution needs help.

We have two nights of DWTS next week: both Monday and Tuesday we'll see eliminations! 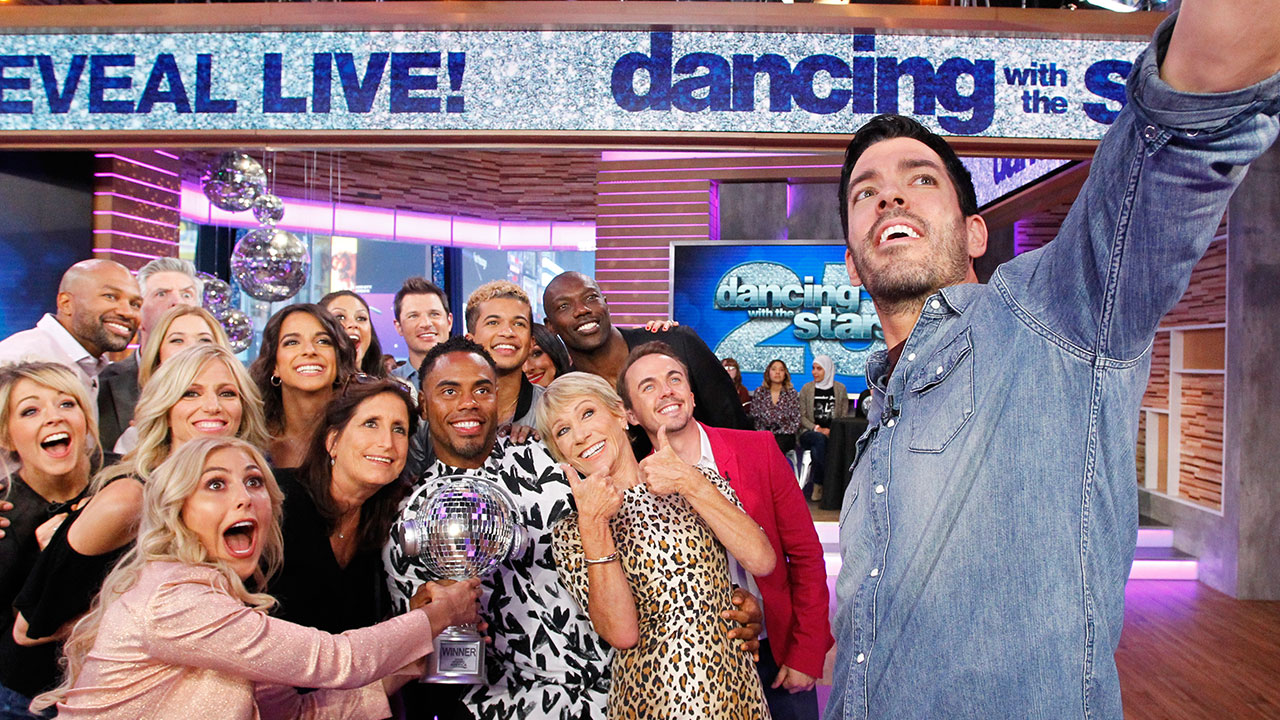 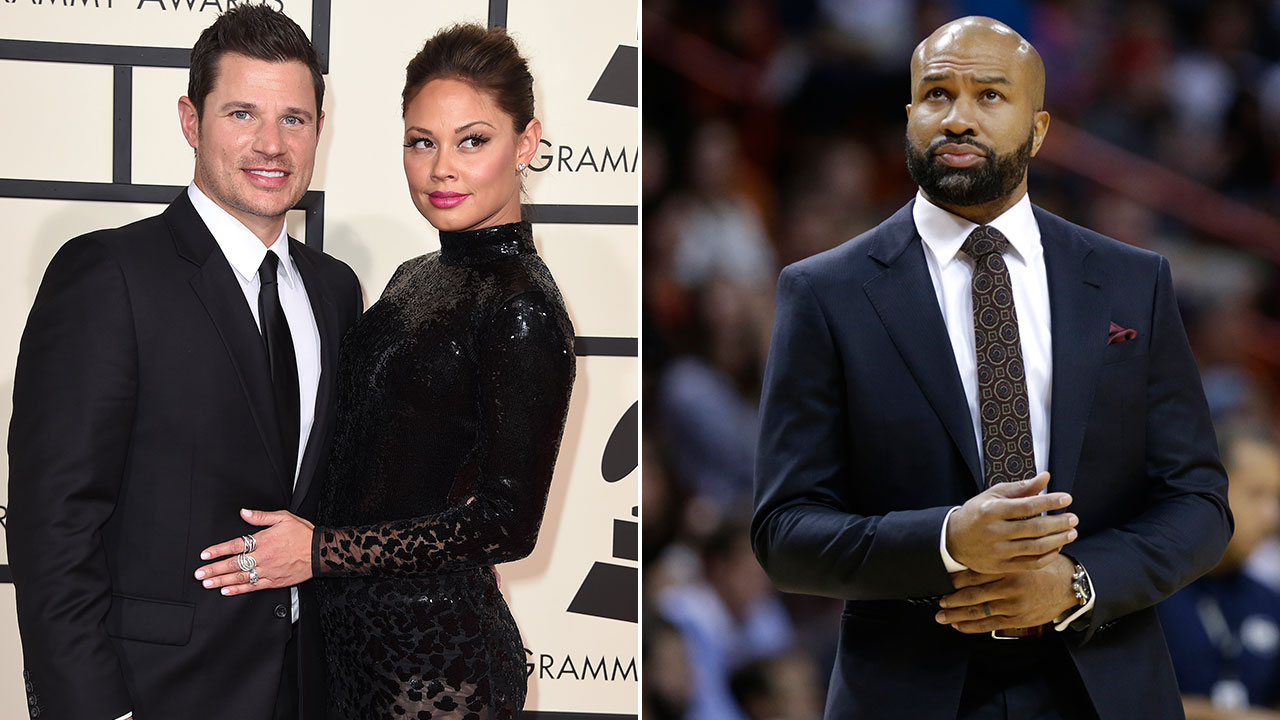 'Dancing with the Stars' pros announced