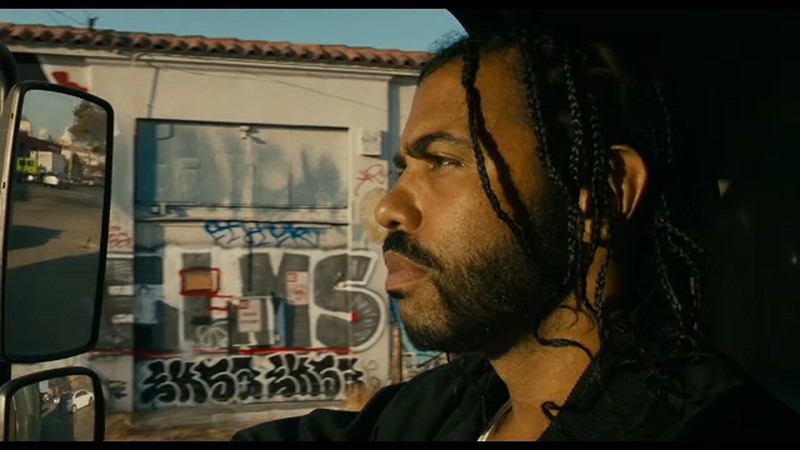 NEW YORK CITY (WABC) -- Daveed Diggs won a Tony Award for his role in "Hamilton" and earned a Grammy Award for the cast album, and he's been seen in a recurring role on ABC's "Black-ish." But with his lead role in the new movie "Blindspotting," he makes a bid for stardom on the big screen.

And he's doing it side by side with one of his oldest friends.

It's being called a primal howl, a plea from the heart of the city that in "Blindspotting" is Oakland, California. But it could be anywhere.

Confrontations with cops have become common, with Diggs' character telling one officer, "You monsters got me feeling like a monster in my own town."

He plays a convicted felon trying to go straight, as he notes to his gun-toting friends, "I got three days left on this probation. When you got that gun on you, just don't tell me about it."

"We're trying to raise the volume on a number of circumstances that we're facing in this country right now," he said.

If the pair seem so believable, it's because they have been friends since high school and spent the better part of a decade writing "Blindspotting" for themselves.

"There's so much joy and investment in each other's success," Diggs said, noting he was able to share his big Broadway success with his friend. "Rafael moved out here when I was doing 'Hamilton' because I didn't respond to e-mails."

The rapper and actor who suddenly became a Broadway star was feeling overwhelmed, so his pal came to lend support.

"When I saw that New York was collectively realizing what Daveed could do, I was like 'Oh, I want to be there for that," Casal said.

For his part, Diggs is grateful.

"(He) ended up being a huge support network at a time when I was so out of sorts," he said. "I didn't sleep for a month."

And amazingly, they said their separate successes have never put a strain on their friendship.

"It put a scheduling conflict on it," Diggs said.

"Sure, sure, that kind of a strain," Casal added.

But it also made it possible for a long held dream to be realized, as "Blindspotting" hits the big screen after they spent just shy of a decade trying to make it happen.