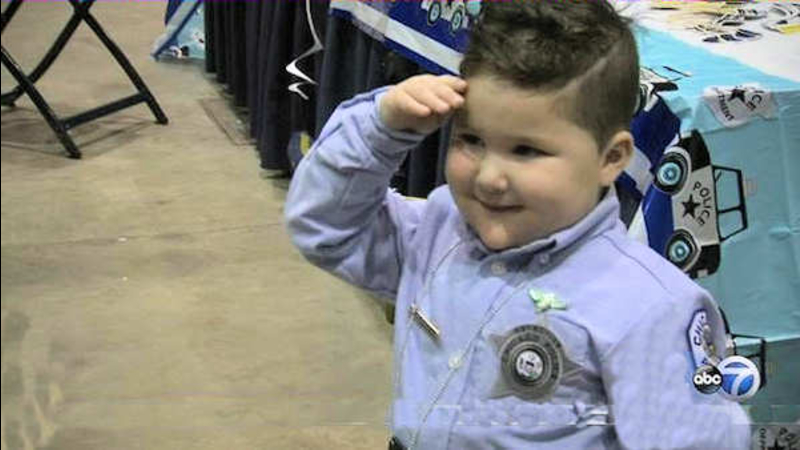 Boy, 3, fulfills Make-a-Wish to be Chicago officer for day

CHICAGO -- David Juarez, 3, was diagnosed with cancer a year and a half ago.

He is currently in remission and has a bright future ahead of him. His family says that he dressed up like an officer for Halloween and expressed his desire to become a cop. A volunteer from Make A Wish heard about his wish, and the rest is history.

David was sworn in as an honorary Chicago police officer Wednesday morning by Superintendent Eddie Johnson during a ceremony at police headquarters. He was awarded a Chicago Police Department shirt with his name, police siren and of course, a badge. As he left headquarters with Supt. Johnson, fellow officers cheered and greeted the new member of the force.

David was then whisked away in a limo with a CPD escort to catch a ride with the Marine unit.

The CPD helicopter also made a special salute by flying over him at the dock.

Then David was taken to McCormick Place where he met members of the mounted police, canine unit and SWAT team. He also got to see the Mobile Command Center.

As he was being shown around, a gang of ruthless characters showed up, but Officer Juarez and his colleagues quickly placed them under arrest.