Tourist who took Brooklyn Bridge selfie arrested due in court 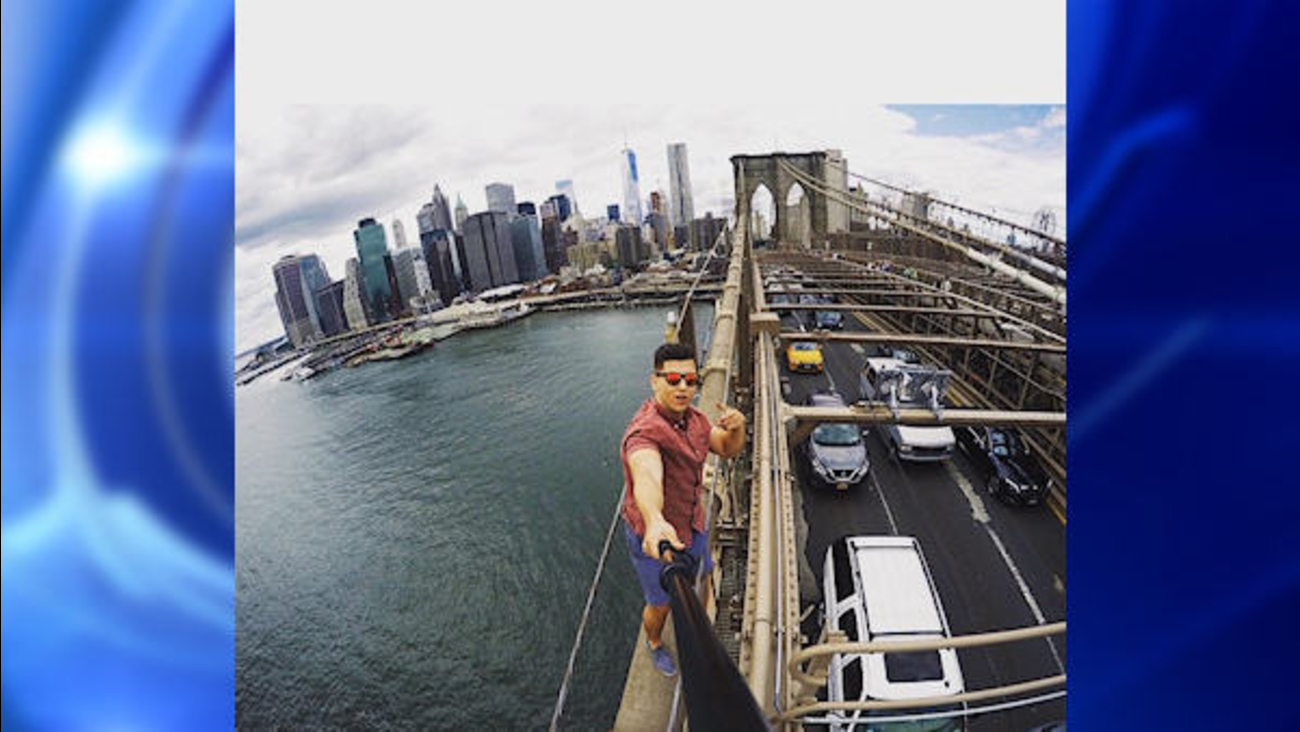 NEW YORK (WABC) -- A man from Tennessee accused of climbing the Brooklyn Bridge illegally is due in court Monday.

21-year old David Karnauch is accused of scaling the bridge to get a selfie back in July.

He was extradited from his home in Chattanooga last month for his first court appearance.

The judge decided to release him on his own recognizance.

Karnauch's attorney says they will continue to fight the case.

Karnauch was arrested on a reckless endangerment charge.

Karnauch climbed a beam back in June, took the photo and then got down before officers spotted him.