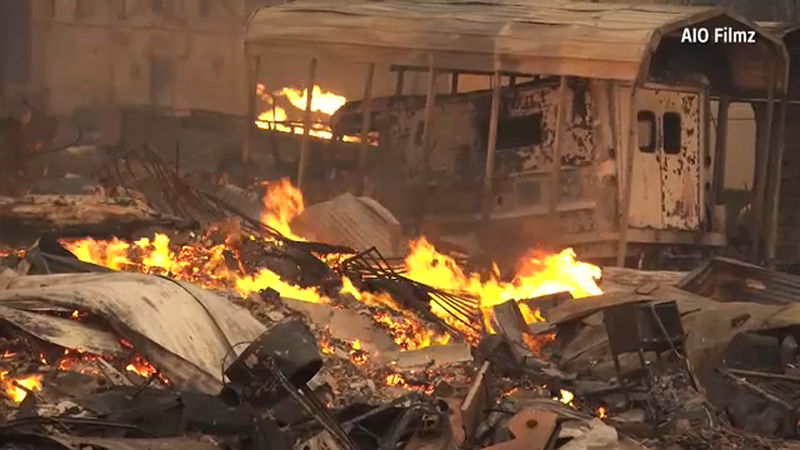 GREENVILLE, Calif. -- A first responder assigned to the Dixie fire has died, CAL FIRE announced Saturday in an incident update.

A representative with CAL FIRE told ABC sister station KXTV in Sacramento the individual was suffering from a previous illness.

The first responder was an assistant fire engine operator with the Lassen National Forest, according to a spokesperson. He died on Saturday.
Three other first responders battling the fire have been injured.

The Dixie Fire has burned more than 889,000 acres across five northern California counties, and is 56% contained, making it the second largest recorded wildfire in California history.