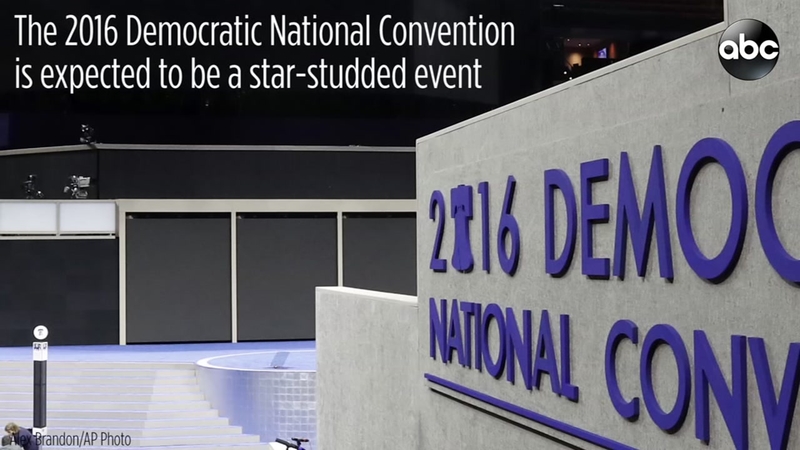 Celebs to watch for at the DNC

The 2016 Democratic National Convention kicks off in Philadelphia on Monday, and it's shaping up to be quite the star-studded event.

Moretz wrote on Instagram, "I am so happy to announce I will be speaking At the democratic national convention ! #DNC #ImWithHer going to be such a beautiful historic day and I can't believe I have the immense honor of being part of it. Thank you @hillaryclinton !"

Honored to be supporting @HillaryClinton @DemConvention in Philly next Thursday. Text KAJ to 47246 to keep up with me while I'm there.

Lena Dunham, America Ferrera, Debra Messing and Star Jones will also explain why they're saying, "I'm with her."

How ironic I was at the #WhiteHouse today when I confirmed I'm speaking @DemConvention next week for #45POTUS. pic.twitter.com/LpcArolPgj

There will be other high-profile appearances, including Alicia Keys, Demi Lovato, Eva Longoria and Katy Perry.

I'm going to @DemConvention next week in Philly!! 🇺🇸 pic.twitter.com/WyDXlWPZsI

Can't wait to support @HillaryClinton at @DemConvention next week. Text LONGORIA to 47246 to learn why this election matters to me.

🙋🏻#1 fan over here will be in Philly nxt week using my voice 2 support @HillaryClinton! Txt KATY PERRY to 47246 to tune in when I'm on stage