Family reunited with dog stolen in running car in Brooklyn 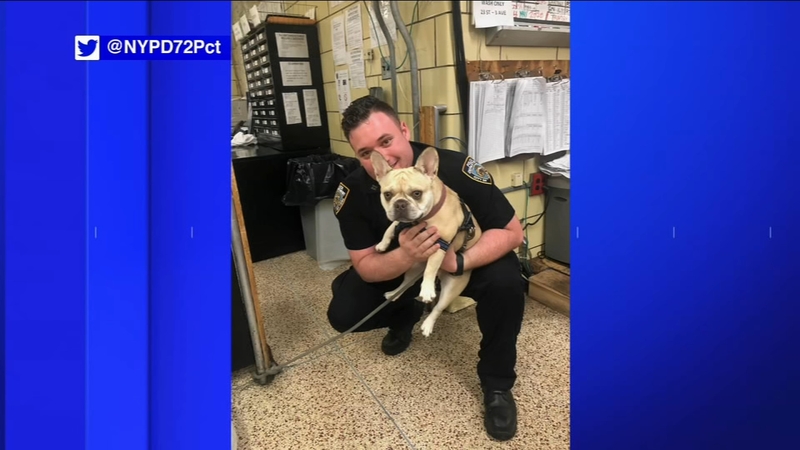 Family reunited with dog stolen in running car in Brooklyn

SUNSET PARK, Brooklyn (WABC) -- A dog that was stolen along with his owner's vehicle in Brooklyn has been found safe.

The incident was reported Friday afternoon outside a Petco on 37th Street.

Calvin, a tan 2-year-old French bulldog, was left inside the car while the motor was running.

When the owner returned, both the vehicle and dog were gone.

The family offered a reward of $1,000 for the pup's safe return.

Police said Saturday they recovered Calvin and the stolen vehicle in Midtown.

Antonio Quiles, 23, was arrested and charged with grand larceny and criminal possession of stolen property.

Great teamwork with @NYPD10Pct recovering a stolen vehicle with precious occupant. Both Calvin and vehicle were reunited with owner. Reminder when exiting your vehicle secure it. pic.twitter.com/XpTLtbfThh