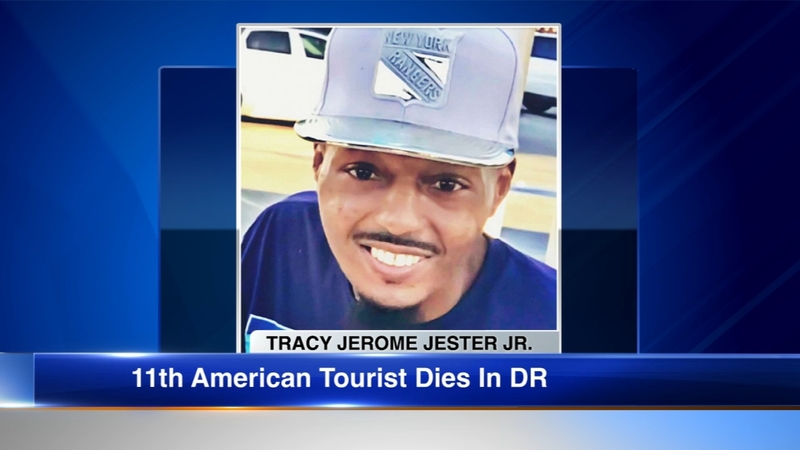 A Georgia man died in the Dominican Republic in March, the State Department confirmed Friday.

ABC News has confirmed 31-year-old Tracy Jerome Jester, Jr., of Forsyth, Georgia, died on March 17. Jester is the 11th American confirmed to have died in the country since June 2018.

Jester was with his sister in the Dominican Republic, according to their mom, Melody Moore. The name of the resort they stayed at was not immediately available.

Moore said she spoke to her son about 7:40 p.m. the night before his death. She said he told her he had been sightseeing that day and was preparing to fly home the next morning.

"I was panicking because I couldn't get to my children," Moore said.

Moore's daughter later told her that Jester had "dropped to his knees and started throwing up blood and was calling for Mama."

Moore said she recalled Jester mentioning a "nasty" Sprite he purchased and drank at the hotel before his death. She suggested to him that the drink might taste different in another country, but he felt there was something odd about it.

Jester's body was returned home on April 4 with no more information regarding his death besides a death certificate that documented "respiratory issues." Moore believes her son's death could be connected to other deaths in the Dominican Republic because he showed symptoms similar to other victims. She felt compelled to share her story.

"I would like to know the truth," she said.

An Atlanta news station spoke with Jester's sister, who said he had Lupus, though it's unclear if the illness was connected to his death.

Moore has reached out to the FBI, who told her they would return her call.