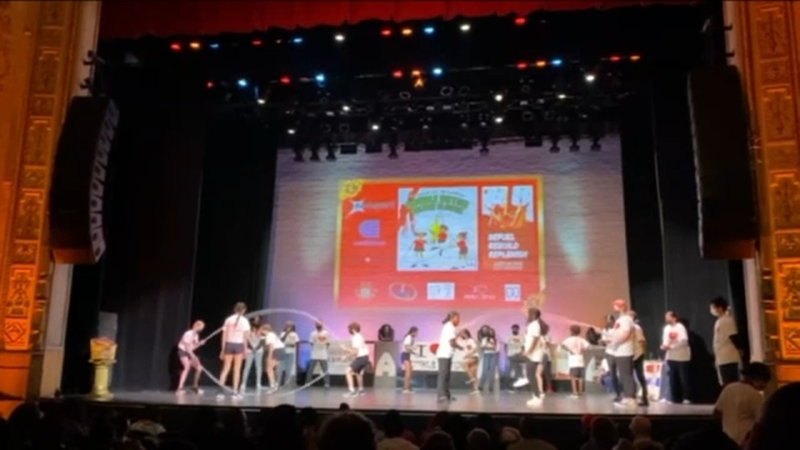 It's also highly competitive, and that was proven at Harlem's Apollo Theater.

150 of the top jump roping teams from around the world took part in the 30th Annual Double Dutch Holiday Classic on Sunday.

The late NYPD officer David A. Walker and founder of the National Double Dutch League established the rules for the competition and the first official game was held in 1974.

"The National Double Dutch League's events have offered Double Dutch enthusiasts a sense of togetherness, competition, and exercise over the last 18 months when we've needed the feeling of community most. I'm honored to follow in my father's footsteps and keep this league and tradition alive," says Lauren Walker, President, and daughter of the late Founder David A. Walker, about the national non-profit's annual family-friendly yet competitive Double Dutch competition.

Awards were handed out for speed and compulsory, along with fusion freestyle choreographed with music.

This year's winner for best in show was "Alfred," a team that traveled all the way from Japan for the event.

A La Mirada homeowner known for his holiday decorations based off the movie "National Lampoon's Christmas Vacation" may soon be fined by the city if he doesn't remove the latest addition to his display.