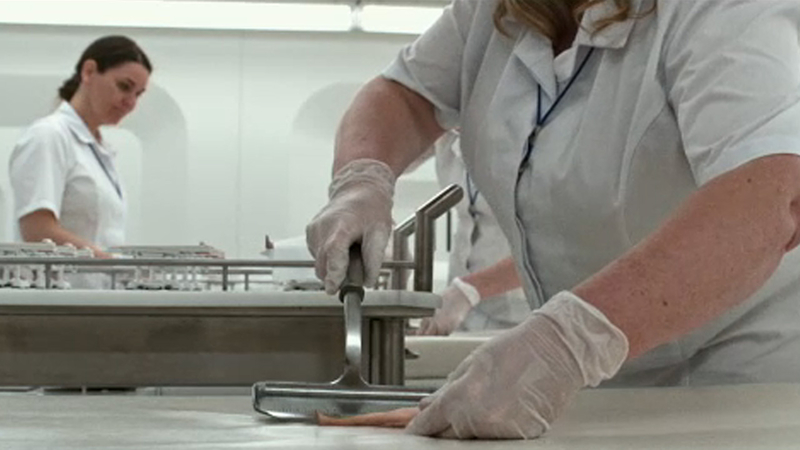 NEW YORK (WABC) -- "Downsizing" and "The Post" are two new movies generating a lot of hype. But one is on the list of the best movies of 2017, while the other is one of the worst. So...which is which?

Watching the first half hour of "Downsizing," I though it might be one of the top films of the year. But what follows is so boring, it actually ranks near the bottom.

And this is despite the fact Matt Damon is perfectly cast as an everyman who learns of a way to make his money go further by "downsizing" -- that is, get scientifically shrunk so he is miniaturized, and so is his environment.

With everything around him scaled to the size of a doll house, and with him being just a few inches tall, everything is a lot less expensive. As a salesperson for the small community tells him, "Your $100,000 translates into $12 million."

His wife, played by Kristen Wiig, is all for it -- until she isn't. He's small. She's not. They get divorced. And Wiig disappears from the movie.

A scene where Damon's character is walking on the huge document is funny, and there are other jokes related to his small stature that land. But there aren't enough to sustain a running length of more than two hours.

A maid who cleans the apartment of his upstairs neighbor touches the heart of Damon's character, and newcomer Hong Chau earned a Golden Globe nomination for her fine work. But this is not enough to save a movie that gets so tedious I would have walked out if I wasn't getting paid to stay.

"The Post," on the other hand, is so good that I had to watch it twice.

The year is 1971, and the New York Times has published "The Pentagon Papers" detailing three decades of deception by the White House regarding the Vietnam War. Seven thousand pages of documents show clearly the U.S. government knew there was no way to win in Vietnam, but kept fighting anyway.

It's a big risk because as he tells her, "We could all go to prison."

They don't, though, after the Supreme Court rules in their favor.

All this is a powerful argument for the need to talk truth to power, and the movie -- made by Steven Spielberg -- seems all the more relevant at a time when real journalism is under attack as "fake news."