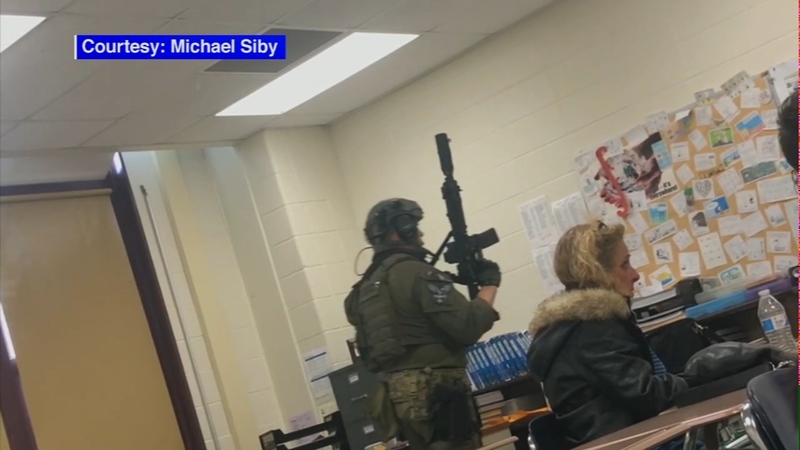 DUMONT, New Jersey (WABC) -- A gun was found in the home of a New Jersey high school student who was arrested in connection with an alleged school threat posted on social media.

As a result, there was extra security in place as students returned to classes Tuesday.

Dumont High School was placed on lockdown for four hours after the school received the threat around 11:50 a.m. Monday.

Four towns around Dumont were called in to help, with the Bergen County Sheriff and Bergen County Prosecutor's Office also assisting.

Authorities say the male suspect was located in a classroom around 1:15 p.m., and the juvenile was taken into custody without incident.

He was escorted from the high school and taken to the police station.

Many parents were in tears as they waited for their children to be released following the lockdown.

"It's our son, you know, and after what happened in Florida and watching the stress that those families are going through, it's scary," one parent said. "On the flip side, it's a wake up call for us, too."

At last report police were still questioning the 15-year-old student at the center of all this. It's not clear if he will face charges, or if he even was really intending to shoot the school up in the first place.