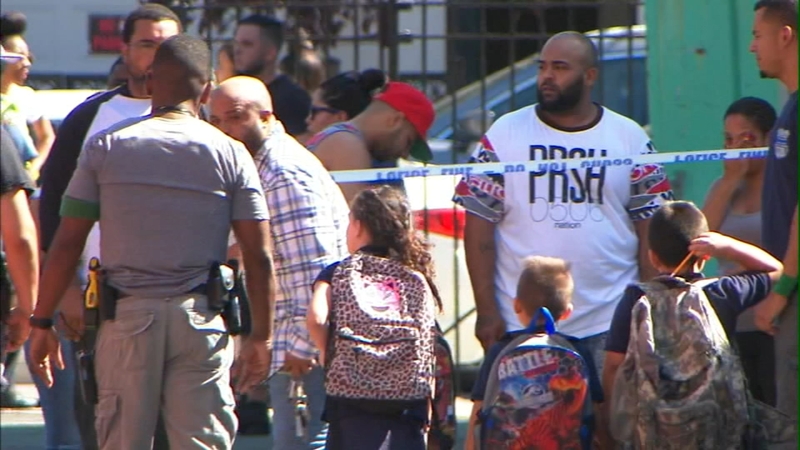 Is the mayor to blame for not having metal detectors already in place, and would they address the problem?

That depends on who you ask.

"There will be immediately random screening done with metal detectors starting tomorrow and additional personnel will be brought in from school safety tomorrow as well," Mayor Bill de Blasio said.

"Yes, it would have been picked up on the metal detector. No question," said Robert Boyce, Chief of Detectives, NYPD.

The three-inch switch blade is what police officials say would have been picked up. It was allegedly brought in by a student at the School for Wildlife Conservation in the Bronx.

Floyd is head of the union representing school safety agents.

He says he warned the mayor this would happen.

Every high school in the city, he says, should have metal detectors.

"Our pleas went unanswered, now tomorrow they want to put detectors in that school, it's kind of late unfortunately," Floyd said.

"No one should politicize a tragedy," Mayor de Blasio said.

Mayor de Blasio for his part, is brushing off his critics, but parents say added security measures are long overdue.

But not everyone is convinced metal detectors are the answer.

Some critics argue they create an environment where students feel like suspects.

In a statement the New York Civil Liberties Union says, "We owe it to our children in the wake of this terrible tragedy to ask hard questions and find out what has gone so wrong in this school - What is the climate like for students? How do they deal with bullying and conflict resolution? Do students have an adult to turn to for support?"

PS 67 is an elementary school.

According to the city's Education Department, scanners are used only in middle and high schools.