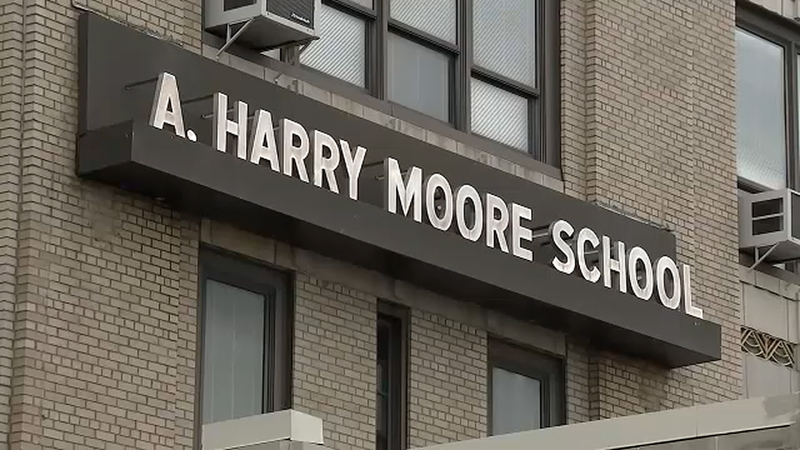 JERSEY CITY, New Jersey (WABC) -- A New Jersey school for children with special needs that was slated to close next year got a last minute reprieve Friday.

Parents say the A. Harry Moore School is a lifeline, a place where students -- some with severe disabilities -- can get physical therapy and learn basic life skills.

So when officials announced it was closing down, the community was heartbroken.

But things changed Friday, when the school announced a new plan to keep its doors open.

Just three days ago, there was no reason for Berryman not to believe her son's instructors. They're the ones who taught him to sit up and feed himself, things Jharid may have never been able to do.

He was born at 24 weeks, weighing just 1 pound, 5 ounces, and he now lives with cerebral palsy and autism.

But on Tuesday, the school announced it would be closing at the end of the 2020 academic year. A. Harry Moore is operated by New Jersey City University, and for 56 years, it's served the most severely handicapped children in the region.

"These are kids that many of which will never walk, many of which has zero mobility, opportunities for feet, arms," Jersey City Mayor Steven Fulop said. "Many of them can't speak."

Fulop issued a statement strongly urging the NJCU board to reconsider its position.

"It is appalling that at the same time NJCU has prioritized market rate housing, expansion plans, and a theater operation for a New York City ballet company, they would somehow think it is acceptable to turn their back on some of the most vulnerable children," he wrote. "This is unacceptable, and in the strongest way, we urge NJCU to reconsider this decision and correct it publicly."

He threatened that some tax abatements and city subsidies might be off the table if the facility closed.

"This is one of the things that they do that's something that we can't accept them not continuing to do," Fulop said.

It was a strong message that was apparently heard loud and clear, and late Friday, NJCU reversed course, saying, "The university is pleased to announce the framework of a plan to ensure that the A. Harry Moore School remains open."

Berryman was relieved to hear the news.