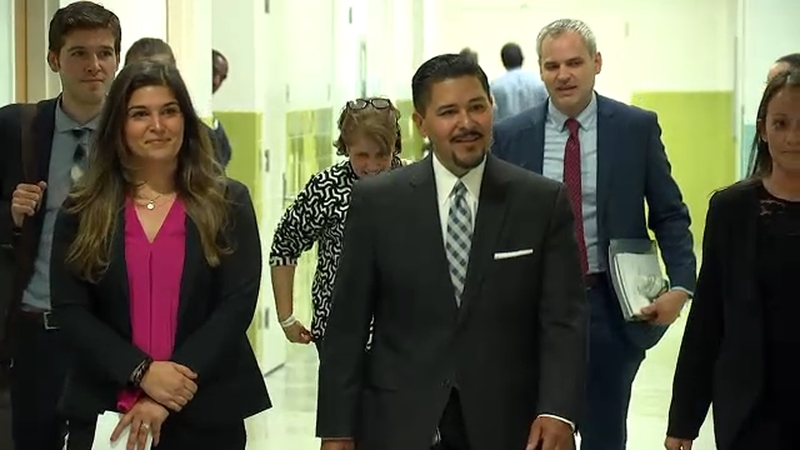 NEW YORK (WABC) -- The New York City Department of Education is the target of a $90 million discrimination lawsuit.

Three senior education department executives are filing the suit, claiming they were demoted in favor of less qualified persons of color as part of Chancellor Richard Carranza's campaign to reorganize the department.

They claim the chancellor is making high-level personnel decisions not based on merit or performance, but strictly on gender and race.

"The bottom line is that he's making hiring and employment decisions based on race and gender and that's unlawful," attorney Davida Perry said. "It's a distortion of the New York Civil Rights Law."

When asked about the lawsuit Wednesday, Carranza said the allegations are "absolutely not true."

The chancellor, who has been at the helm of the country's biggest public school system since last summer, says he stresses the importance of diversity and leveling the playing field for all students.

According to the lawsuit, members of Carranza's team told white colleagues they had to "take a step back and yield to colleagues of color" and "recognize that values of white culture are supremacist."