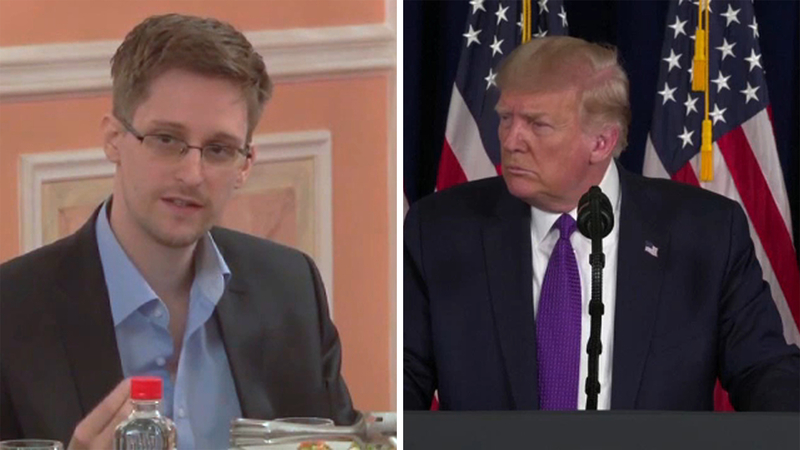 The president hinted at a possible pardon for the NSA whistleblower during a press briefing Saturday.

He now lives in Russia which granted him asylum.