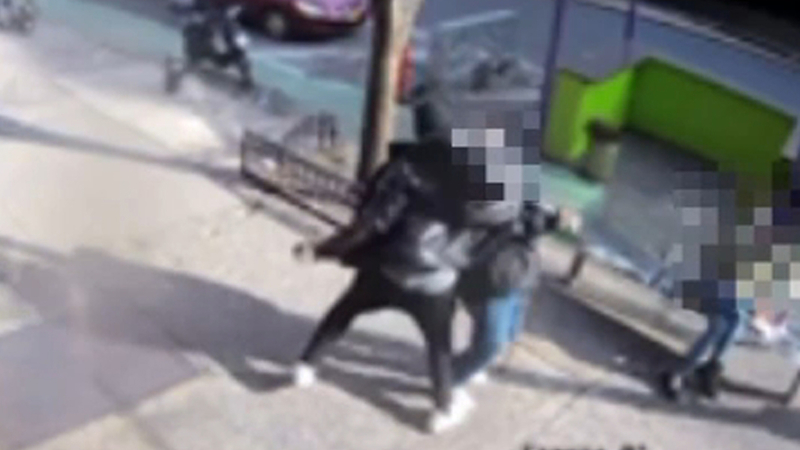 BROOKLYN (WABC) -- Police in Brooklyn arrested a man who they say punched an elderly man in the head.

Police say 29-year-old Disheem Riley approached the 79-year-old man, who was using a cane at the time and punched him once in the head.

The attacker approached the 79-year-old man and punched him once in the head.

They say Riley then took off on a scooter leaving the victim lying on the ground.

The victim was treated on the scene for a minor injury to his head.

Riley was arrested and was living at a shelter nearby.

Employees at the homeless shelter saw the video released by police and reported him to the NYPD.

Riley is now facing charges of harassment and assault.