On the red carpet at the Tribeca Film Festival 2019 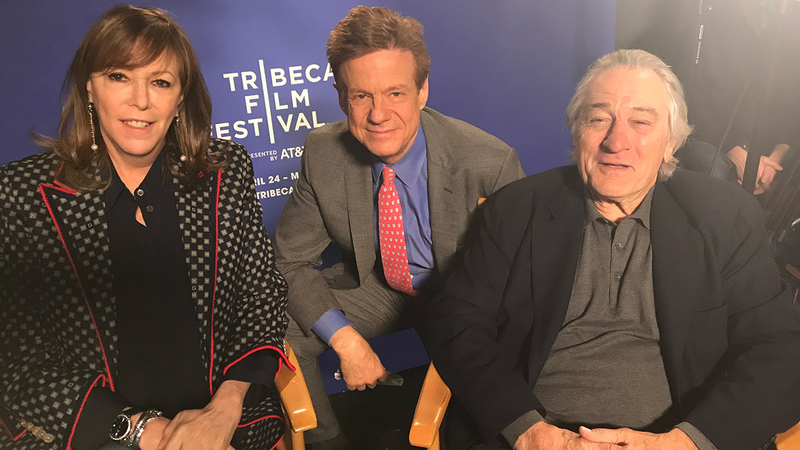 On the red carpet at the Tribeca Film Festival 2019

NEW YORK CITY (WABC) -- It's billed as a film festival, but the Tribeca Film Festival that lasts through May 5 is a celebration that isn't limited to movies.

It was conceived by Robert De Niro and his business partner, Jane Rosenthal, as a way to revive their neighborhood after 9/11 -- and 17 years later, it has earned a permanent place on the spring calendar.

The event is a fixture in Lower Manhattan, but this year's opening was uptown at The Apollo Theater.

"It means they got soul," Bebe Winans said on the red carpet. "Tribeca's become Soul Town."

A new documentary about the legendary venue opened this year's festival, prompting De Niro to tell me, "A movie about The Apollo at The Apollo is about as good as you can get."

"This festival has always been an inclusive festival," Rosenthal said. "It's not new for us to tell new stories and to look at new filmmakers, and we continue to do it. You're focused on it more. We've continued to do it for the past 17 years."

I asked De Niro if there had been a real change towards greater diversity in the movie industry as a whole, and the star replied that he's noticed more diversity behind the scenes.

"Maybe not as much as there should be, but it's moving forward," he said

And speaking of moving forward, there's an arcade as part of the festival devoted to virtual reality.

But looking into the future doesn't mean you have to forget the past, and "Reality Bites" will celebrate its 25th anniversary with a cast reunion.

"This is Spinal Tap" is marking its 35th anniversary, and a new version of "Apocalypse Now" will be shown 40 years after its original release.

De Niro and director Martin Scorsese appear live to talk about the nine movies they've made together. Their latest, "The Irishman," will be released by Netflix later this year.

The two talk Sunday evening at the Beacon Theater, and I asked De Niro why he's excelled in Scorsese movies/

"He's very good at helping and encouraging in a very, very, easy way to create something," he said.

CLICK HERE for the full film schedule and for more information on the Tribeca Film Festival.