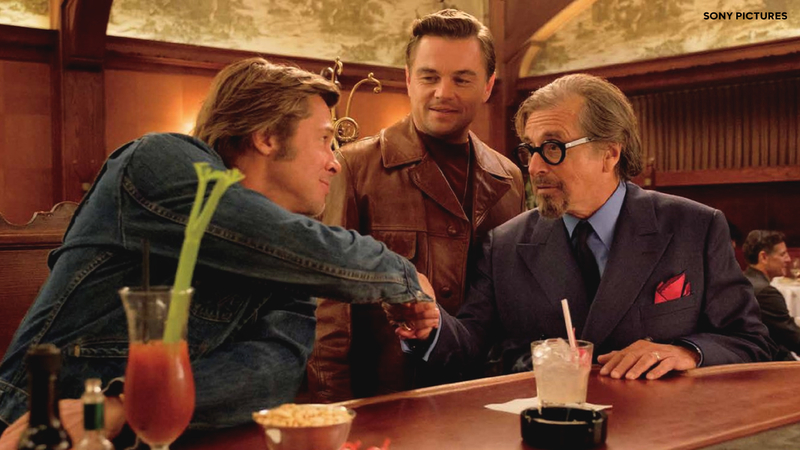 HOLLYWOOD, California (WABC) -- "We moved in here in 1934," says Proprietor Mark Echeverria, showing me around the legendary Musso & Frank Grill in Hollywood. "We've kept everything in this room the same since then."

If these walls could talk, they would tell the tale of Hollywood. "One of our longtime servers, Juan Ramos, has a great line where he says we treat regulars like celebrities and celebrities like regulars."

Marilyn Monroe and Joltin' Joe DiMaggio regularly canoodled in one booth, and an Oscar winner held court at another.

"This is Frank Sinatra's favorite booth," Echeverria said, pointing to a red leather banquette where the legendary star liked to hang out.

"Whenever he would come to L.A or Hollywood, he'd come to Musso's, and this is where he'd always want to sit," he said.

In a town that often prefers to forget its past, Musso & Frank's has been a place to dream, dine, and drink for 100 years.

Sitting at the bar, Echeverria observed, "You can't help but just grab some of that energy of some who have sat here before and just absorb it and get creative."

So it's no surprise when one of the restaurant's regulars, "Once Upon a Time in Hollywood," director Quentin Tarantino came to Musso & Frank Grill for a crucial scene.

Dalton's career is on the downswing, but the agent hopes to recruit him to star in Italian Westerns. Brad Pitt portrays Dicaprio's stunt double.

Unlike him, Musso & Frank's restaurant is hardly past its prime. It's an island of calm, preserved by the great-grandson of one of the guys who made it famous.

"Because we do take a lot of pride in what we do in terms of being that steward and connection between old, past, present, now future," Echeverria said.

A new book, allows anyone to walk that bridge between past and present, but there's nothing like being here to experience the magic of all that has happened during the past century.