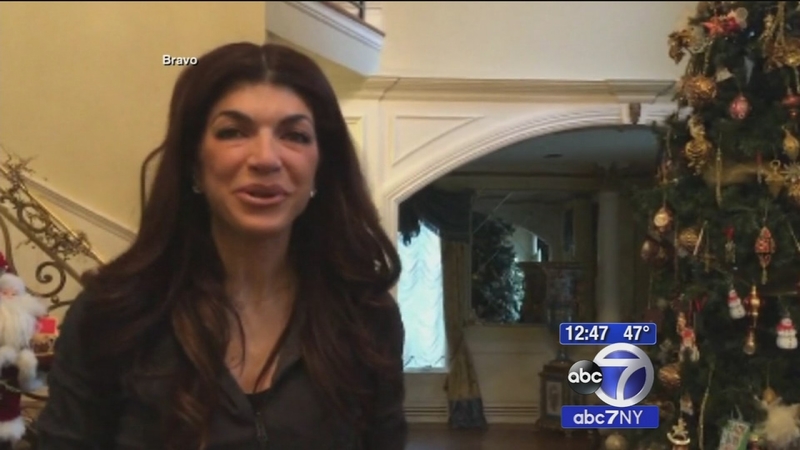 Teresa Guidice shares message with fans after release from prison

NEW JERSEY -- This has been an especially potent holiday season for reality star Teresa Giudice, known for her role on the "The Real Housewives."

She's been released from prison, is at home with her family, and is now sharing a New Year's message with her fans.

She is back home in New Jersey, a "Real Housewife" again.

Giudice has been out shopping for groceries and settling back into the routine.

Giudice even posted a video message to the fans that stood by her during what had to be a very difficult year.

"Hi everyone, I'm back. I just want to wish everyone a happy New Year. It's going to be a great 2016. Love, love, love you all," Giudice said in the video.

For the past year, Orange was the New Black for this reality superstar.

She was inmate #65703-050 at the Federal Correctional Institution in Danbury, Connecticut after she and her husband pled guilty to 41 counts of fraud.

Giudice served 11 months behind bars and was released just last week ahead of Christmas.

"She's been away from her four young daughters; she missed the youngest daughter's birthday party. And I think what's especially difficult is now she comes back, she has a few months with her husband and then obviously he has to go to prison," said Zoe Ruderman, Feature Director at "People Magazine".

Now that Theresa's out, Joe Giudice is facing 41 months in prison.

"There have been rumors that this was very difficult on their marriage. But actually in fact, we heard from Theresa and Joe's lawyer that this experience has brought them closer together," Ruderman said.

Having fought off foreclosure proceedings on their New Jersey mansion, they still have to pay $414,000 in restitution to Wells Fargo. Plus the IRS recently hit them with a $551,000 lien for unpaid taxes.

But, Theresa still came home to an early Christmas present: a brand new Lexus SUV tied with a bow!

Presumably nobody flipped the table at this year's Christmas dinner!

This one had lots of group hugs.

Her brother Joe Gorga and his wife Melissa were reportedly on hand Christmas Eve, along with the other "Real Housewives" and their kids. Bravo cameras reportedly documented the whole scene.

Harsh reality can wait. Theresa has no public appearances planned. For now, she's just glad to be home.