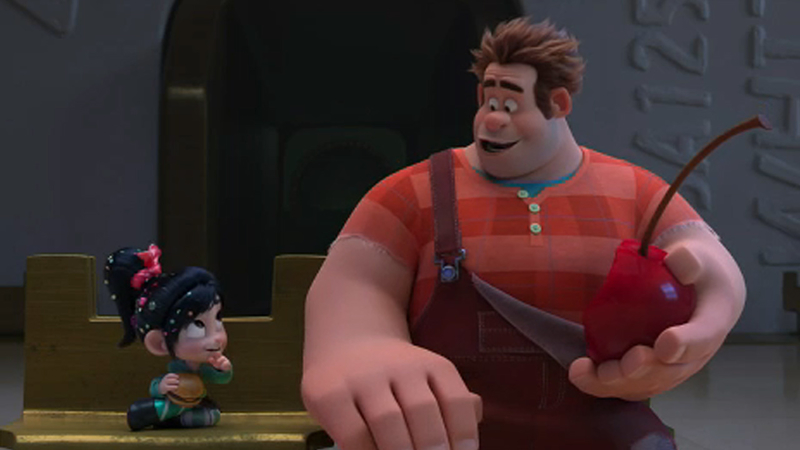 NEW YORK (WABC) -- It's being called a "worthy successor" to a movie that grossed almost half a billion dollars in theaters back in 2012, and it's funny and full of heart -- just like the folks who made it.

Wreck-It Ralph is back to break the internet, as John C. Reilly returns to lend his voice to the character who jumped out of an arcade game. Sarah Silverman is also back, playing his best friend and race car driver Vanellope.

Co-directors Phil Johnston and Rich Moore came up with the story with input from a few others.

"This one is about two friends, and their friendship is challenged," Johnston said. "And they come to realize, friends don't have to have the same dreams."

Asked where they come up with the story, he replied, "Both of us try to channel the 9-year-old that lives in a very big part of our brains."

They work with hundreds of collaborators, but all this starts and ends with the two of them.

"It's bouncing ideas off of one another," Moore said. "It's making each other laugh, which is kind of the key for us."

"We goof off a lot," Johnston added.

Their concept calls for Ralph and Venellope to leave the arcade they called home in the first film and travel through the internet, where they get help from Taraji P. Henson's character, who works for a video site.

Along the way, they encounter familiar brands. Given this is a Disney film, the chance for synergy proved irresistible -- and so much time is spent in a Disney fan site among "Star Wars" storm troopers and the many Disney princesses.

Though it's marketed to youngsters, making a picture like Ralph Breaks The Internet is hardly child's play.

"We have one audience," Moore said. "Everyone."

"I have kids," Johnston said. "I have a 6-year-old and an 8-year-old, and my rule for an animated film, a family film, is that I have to like it as much as the kids do."
Johnston is a former local TV reporter who once worked alongside ABC 7's Lauren Glassberg in Minneapolis, then switched to writing movies after 10 years and discovered it is never too late to find your true calling.

Ralph Breaks The Internet is from Walt Disney Studios owned by the same parent company as ABC 7.