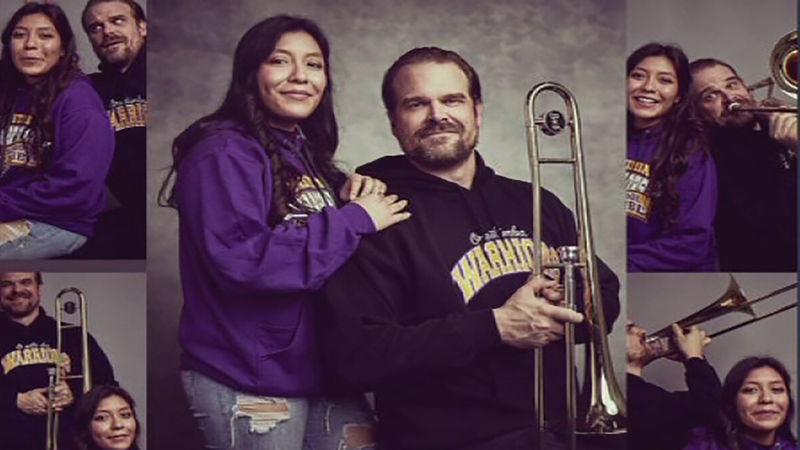 Actor makes good on deal made with North Valley student

FRESNO, California -- One of the stars of the Netflix hit "Stranger Things" has delivered a photobomb a California high school senior will never forget.

David Harbour plays police Chief Jim Hopper in the sci-fi show, and a student known as Damaris on Twitter is apparently a big fan.

Back in October, Damaris tweeted Harbour asking how many retweets it would take for him to join her in her senior photos.

Harbour spotted the tweet and replied, "25,000 but I get to wear the school sweatshirt and hold a trombone."

That's when the tweets went viral. Three months later, Damaris got her 25,000 retweets.

Harbour then kept his word, sort of.

They had their own photo shoot at Netflix Los Angeles headquarters last week. Harbour wore the Orestimba High School sweatshirt and played trombone. He posted the pictures on Instagram Friday.