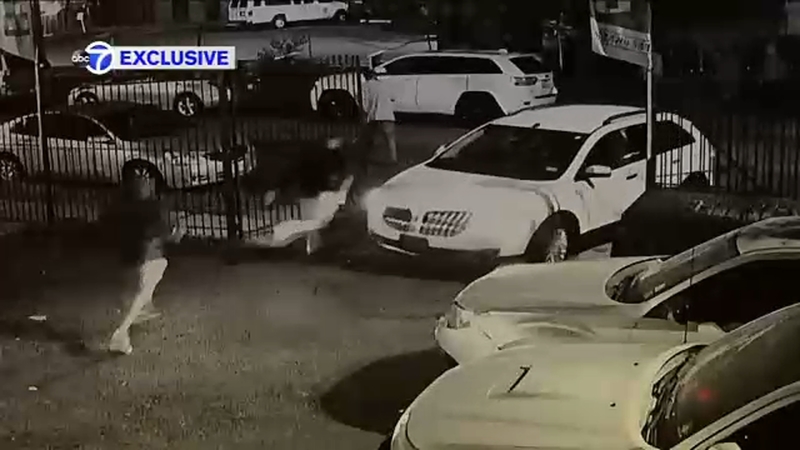 IRVINGTON, New Jersey (WABC) -- The owner of a car dealership in New Jersey says he is stepping up security after thieves targeted his business twice in the last month.

Video, obtained exclusively by Eyewitness News, from before dawn on May 17, shows a gang of thieves coming down the sidewalk next to the Executive Auto Group car lot on Chancellor Avenue in Irvington.

In the video they can be seen breaking a lock on the gate and then breaking into the office trailer.

Once inside, they crack the case holding the keys to the entire car inventory.

They then click the key fobs to match each set to each car and then they drive eight high-end luxury vehicles right off the lot, even crashing one on the way out.

After that crime, Irvington police parked one of its units outside the lot as a deterrent, but that failed to deter them as early Friday morning the lot was hit again.

This time the video shows one man jumping the gate and then cutting the lock from the inside.

They again break into the office trailer, but after the first thefts, Othman now takes all of the keys home every day.

So instead they turn their attention to a safe, one of them hoisting it up over his head and walking away with it.