Paterson firefighters speak out after evacuating residents prior to explosion 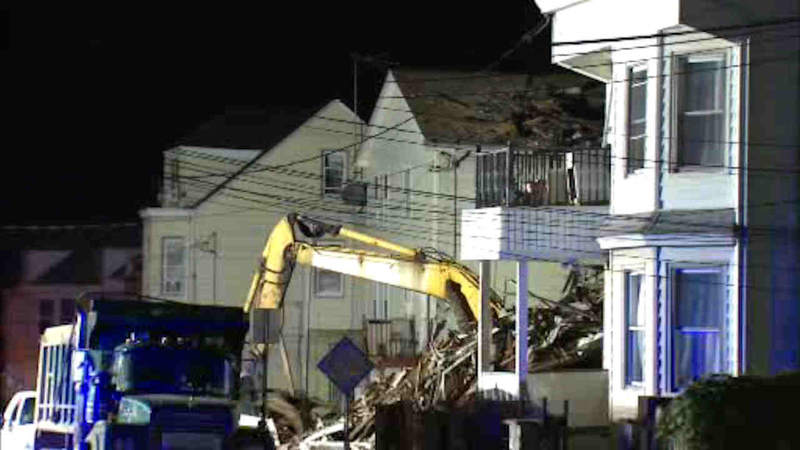 Many left homeless after homes damaged in Paterson gas explosion

PATERSON, New Jersey (WABC) -- The New Jersey firefighters who risked their own lives and whose quick thinking saved others when a home exploded spoke out Wednesday.

First responders were answering a call for a gas leak at a home on Goshen Street in Paterson, but first, they evacuated everyone in the immediate area just in time, before the buildings were reduced to piles of rubble. 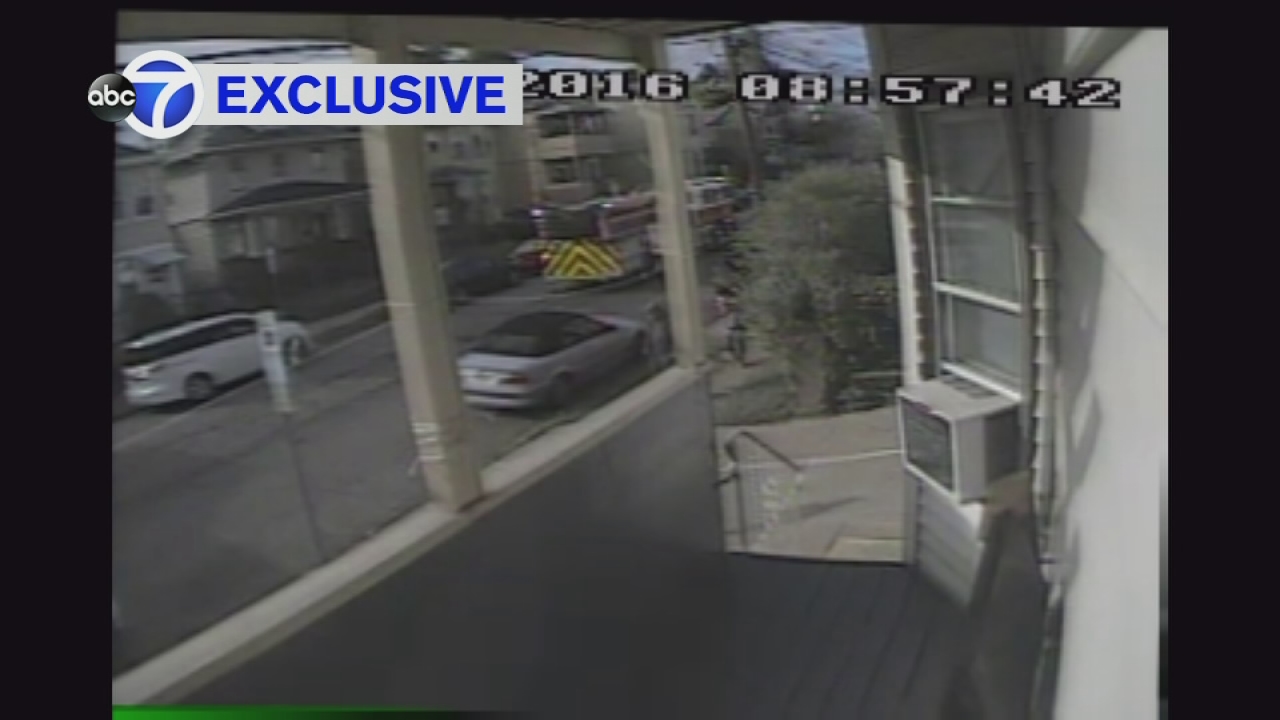 Exclusive video shows Paterson explosion
The surveillance camera shows debris being flung in all directions and the chaotic aftermath as firefighters and terrified witnesses run for cover.
Battalion Chief Briant Rathbone was the first person to arrive on the scene, and he said he made a specific point not to allow anyone to stand directly in front of the home. They made sure everyone who was evacuated was standing on the sides of the homes, and they avoided using radios or ringing doorbells during the process, which could have ignited the gas.

"It played into my tactics, as far as keeping guys on the flanking positions and all that," Rathbone said. "I hear the gas leak, so it was like a high-pressure sound."

The blast was very similar to the one that killed a FDNY Battalion Chief Michael Fahy in the Bronx a few weeks ago, something that was on the top of their minds.

"I'm sure I speak for all the officers and members that when we pulled up, that was the first thing that came to our mind," Captain Mike Caposella said. "Battalion Chief Fahy from New York."

No residents were injured in the blast, but 15 people who lived in the two homes that were leveled and the third that needed to be razed were left homeless. Nearly two dozen others who live in nearby dwellings have been temporarily displaced.

"He immediately signals us to stop," Caposella said. "Normally, we would pull a lot closer to the building. He immediately stopped us a lot further down the street than normal."

Fahy was crushed by falling debris in the Bronx explosion, but these firefighters walked away with only minor injuries in an incident they knew from the start was going to be dangerous.

"During the evacuation process, a gentleman was approaching the house," Caposella said. "And O was the one that stopped him and said, 'Sorry, sir, you can't go closer.' And he pointed to the house where the leak was, and he said, 'That is my house.'"

His wife was inside, and at first, firefighters said she seemed confused by the commotion and closed the door in their faces.

"We just abruptly brought her outside so she could be evacuated," Captain Arthur Woods said. "Once we got her outside, shortly thereafter, the explosion took place."

Demolition continued Wednesday, and investigators will be inspecting gas lines in search of a cause.

"We'll take it step by step," Assemblyman Bill Pascrell, Jr., said. "And if it has to be corrected, because this may be a problem that is existing in a lot of other places, and it will have to be addressed."