4 students, ages 10 and 11, accused of plotting to set off explosive at Clifton school 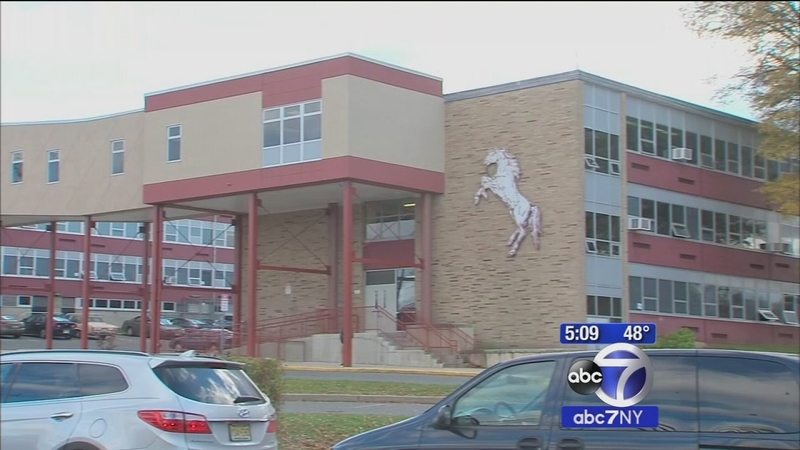 5 students, ages 10 and 11, accused of plotting to set off explosive at school

CLIFTON, N.J. (WABC) -- Four elementary school children from Clifton, New Jersey, are accused of planning to set off an explosive device at a high school.

The kids, ages 10 and 11, are fifth-graders from Clifton Elementary School #11.

Police said they were allegedly planning to detonate an explosive at an assembly being held at Clifton High School Wednesday.

At this point, police haven't said why the kids targeted the high school, but they are treating it as more than a prank.

Teachers and administrators at the school reportedly uncovered written plans on how the attack would occur and contacted police.

Police found the "device," but there were no explosives inside of it. Instead, it was filled with vinegar and cinnamon, so authorities say while the intent might have been there, the scheme would not have worked.

The students were released to their parents. All five have been suspended from school, but there are no official charges at this point.

Some parents expressed concern over how they were informed, saying they were the last to know and that the official notification didn't come until Thursday afternoon. And they are not happy about it.

A robocall went out, as well as a text message saying that police had questioned students involved and determined there was no danger.
Related topics:
cliftonarrestchildrenstudent arrested
Copyright © 2022 WABC-TV. All Rights Reserved.
TOP STORIES
NYPD increases officers, security ahead of NYC 4th of July fireworks
Macy's 4th of July Fireworks 2022: Everything to know
Where to watch 2022 Fourth of July fireworks
AccuWeather: Sunny and warm for your 4th of July
Child found dead in Wallkill pool, adult in critical condition nearby
3 shot in Queens, including off-duty correction officer, police say
Bicyclist killed in hit and run; driver fled in another car with baby
Show More
2 Long Island beaches closed after lifeguard nipped by shark
2 dead, 2 seriously injured in Freehold crash
2 friends shot in cab on the way home from concert descibe incident
ESSENCE Festival makes triumphant return in New Orleans
Jayland Walker was unarmed when 8 Ohio officers opened fire on him
More TOP STORIES News