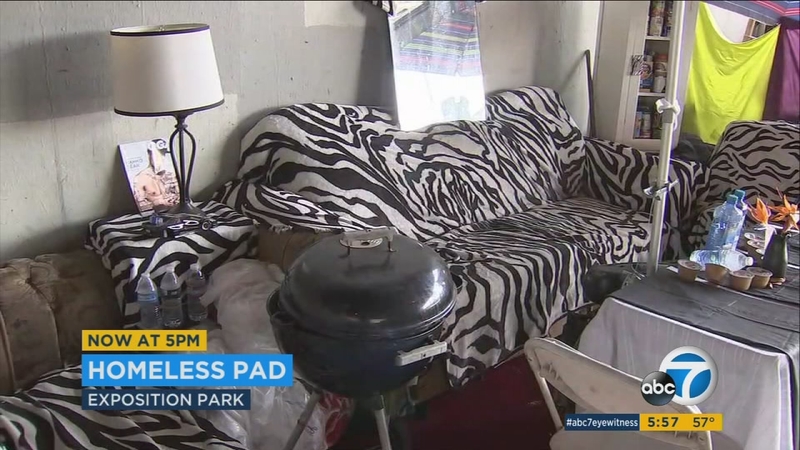 EXPOSITION PARK, LOS ANGELES -- A Los Angeles homeless man turned his spot below the 110 Freeway into quite the luxurious pad, so much that images of his setup went viral.

He has a living room and bathroom, but the view is not so great.

Ceola Waddell lives on the street -- specifically 39th Street -- under the freeway in Exposition Park.

"I have a bathroom, a kitchen, a living room, a guest room. I made a Jacuzzi out of a refrigerator," he said. "Ten gallons of water and I do my thing."

Not only are Waddell's digs expanding, but so are his goals.

He now has a landlord who is renting out the space for $25 a week.

Heading into the holidays, 58-year-old Waddell keeps his spirits up by singing.

He's even gone viral with a Facebook video of him and his digs garnering millions of hits.

"They say, 'Dice, your famous, trending on Facebook, two million now and you made L.A. Times and now you're on TV,'" he explained.

It hasn't been easy, though. Waddell said the city has twice cleared out much of his belongings.