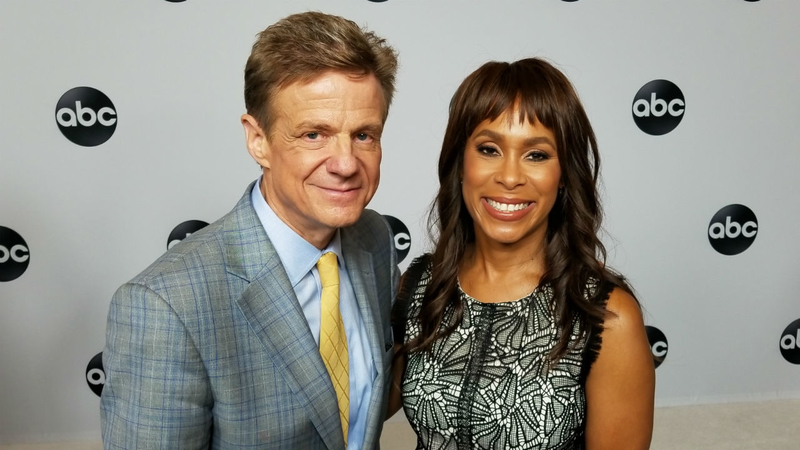 These may be the dog days of summer for many people, but in Hollywood, it's the busy season: the peak of production for Peak TV as this age of quality television has often been called.

As the networks get ready for the new fall season, ABC is looking for life after what the network's chief programmer calls, "a roller-coaster ride."

For a network built on diversity in prime time, a racist tweet by Roseanne Barr, the star of the ABC's highest-rated series last season, posed a particular challenge.

"It was a nerve-wracking few weeks, I am not going to lie to you," ABC's Entertainment President, Channing Dungey said. "But I feel really good about where we landed."

Dungey wasted no time firing Barr: dismissing her within hours of the star's offensive tweet.

The rest of the cast will continue as "The Connors" with none of its profits going to the disgraced performer.

"What I learned professionally is that swift and decisive action is the best when you're confident about the course of action that you're supposed to take, to just do it and get it done, and I feel really good about that decision that we made," Dungey said.

Entertainment reporter Sandy Kenyon reminded her she'd been tested and everybody inside this network, outside this network said, 'Channing did a great job.' Dungey said it felt great to have the support of senior management, Ben Sherwood (Co-chair, Disney Media Networks) and Bob Iger (Disney Chairman & CEO).

Any prime-time schedule is ultimately built on hits which makes "The Good Doctor" especially welcome to Dungey.

"What I think we've done, there is an emotional story that people connect with week-in and week-out," she said about the show.

Now the challenge is to mine more ratings gold from shows like a comedy about "Single Parents" or dramas like "The Rookie" with Nathan Fillion from "Castle" as the LAPD's oldest recruit.

And look for diversity to remain very important: Cedric Yarbrough from "Speechless" summed up the feelings of many performers when he said he was, "very proud to be part of the network because this network tries to encompass what America is."

A special needs teen is at the core of the show. Yarborough speaks for actor Micah Fowler so he has play two parts with two slightly different voices. "Speechless" is back Friday, Oct. 5. "The Good Doctor" comes back Sept. 24.