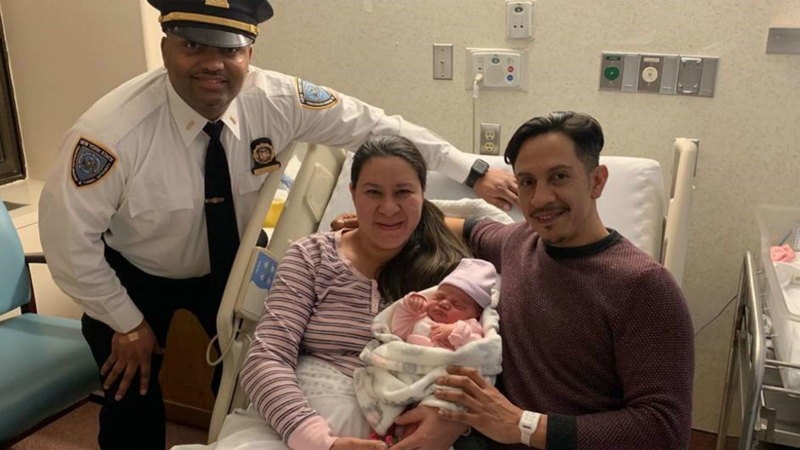 NEW YORK (WABC) -- A special delivery happened outside the Queens Midtown Tunnel when the parents realized they would not make it to the hospital in time.

Alie Albarracin arrived around 3:00 a.m. Wednesday as parents Maria and Ivan Albarracin headed east on the Long Island Expressway from their Queens home to Bellevue Hospital.

Realizing they wouldn't make it to the hospital, the Albarracins pulled over by the tunnel and asked Metropolitan Transportation Authority officers for help.

They got the assistance they needed from Lt. Harry Persad, who has emergency medical technician experience.

Persad said the mother's contractions were less than a minute apart at that point.

Persad said it was a little intense, but after the father cleared the airway, the baby started crying right away.

He later visited the hospital to check on the happy family and hold the baby who he helped deliver.

Persad confirmed the Albarracins named her after the highway where she was born (on the Long Island Expressway aka LIE). Her name is Alie.

He's hoping for an invitation to Alie's first birthday party.

Alie is the third child for the Albarracins, but the first born along a highway.