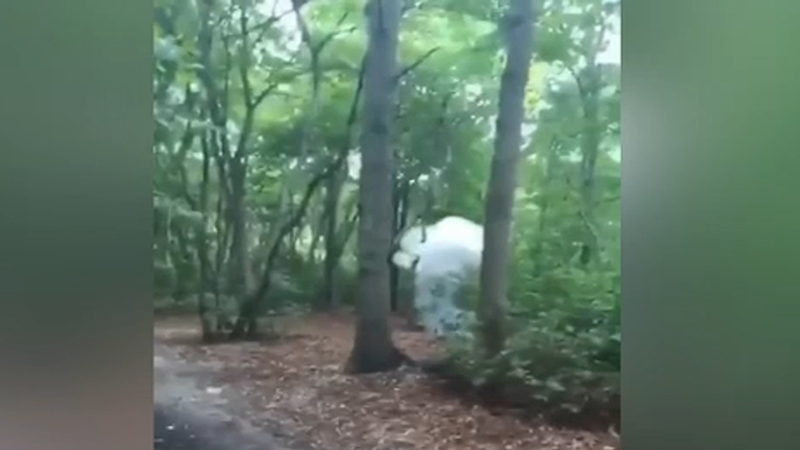 FARMINGDALE, Long Island (WABC) -- Police on Long Island have released video of two fiery explosions being set off in a park.

According to detectives, at least two males were in a park believed to be in the Farmingdale area, where they used an explosive device to set off at least two explosions.

The first explosion appears to be from the ground, while the second explosion was from within a garbage container.

The videos show a male running from the scene just prior to the explosion, and there do not appear to be any injuries in either incident.

They're now looking for the two males involved in the reckless incidents, which happened sometime over the past few months.

The Nassau County Police Department reminds its residents that the use of explosives, including fireworks, is illegal and extremely dangerous.

Detectives request anyone with information regarding these incidents or anyone that can help identify these individuals to contact Nassau County Crime Stoppers at 1-800-244-TIPS.