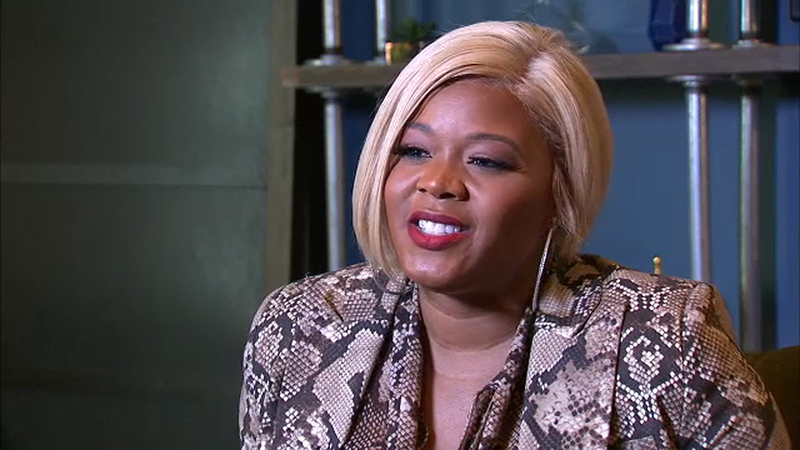 NEW YORK (WABC) -- When it comes to fashion do's and don'ts, forget Vogue or Elle magazine -- many people these days turn to social media. And there's one fashion blogger who has broken through barriers to become the go-to source for trends.

"I was told, you know, I didn't really have the look. You know, I was basically told that I couldn't get in," said Claire Sulmers, founder of Fashion Bomb Daily. "I was told that I wouldn't like fashion, that people were super judgmental, they would look you up and down and judge you."

Maybe being 5-foot-7, a size 10, with dreadlocks didn't work for mainstream fashion media. But Sulmers decided she didn't need them, and now she's killing it.

"I always like to say I couldn't get a seat at the table, so I created my own table," she said.

That table is a mega online and social media platform called Fashion Bomb Daily, and in 12 years, Sulmers has amassed a total of more than two million followers on her combined platforms. She's also grabbed the attention of A-listers like Rihannia, Diddy, Taraji P. Henson and Cardi B.

"Sometimes what I think is popping, I look at Fashion Bomb Daily, and I say 'Oh no, that's not poppin'," Cardi B said.

"I think I got a lot of my self-confidence from being great in school. You know, and being a great student," Sulmers said.

Now, with spin-offs Fashion Bomb Men, Fashion Bomb Kids and Fashion Bomb Africa, Sulmers is considered an icon in the digital influencer space. But all of that hit a speed bump earlier this year, when her Instagram pages were temporarily disabled due to photo disputes.

Sulmers said her brand is strong, and her comeback will be bigger than the setback.

"Fashion Bomb Daily has changed my life in so many ways," she said. "It's opened so many doors. It's allowed me to be way more influential than I ever could have been as a writer...Being able to just do my own thing, and I really think that that's what I was meant to do."

Sulmers said her legal team is working to restore her original Instagram page, but her backup page already has tens of thousands of followers -- including Cardi B.

Check out other Social Superstars at abc7ny.com/SocialSuperstars.