Father who died trying to rescue son from ocean identified 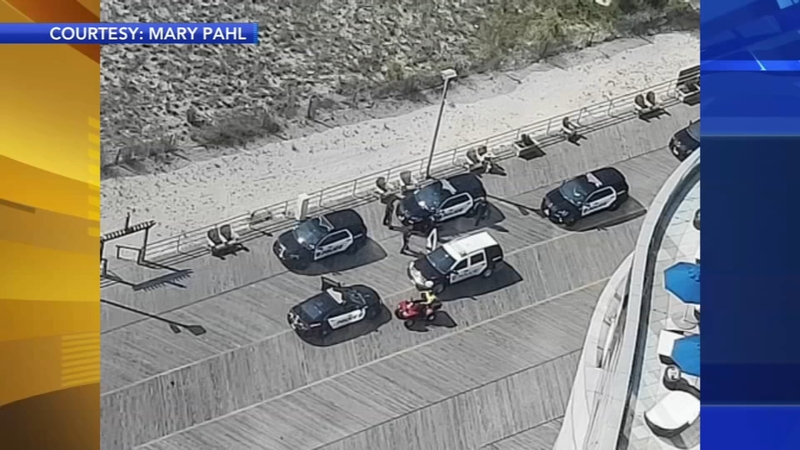 ATLANTIC CITY, N.J. -- A father from Reading, Pennsylvania drowned in Atlantic City on Monday morning while trying to save his 11-year-old son.

Atlantic City police have identified the man who drowned as 58-year-old Thanh Bui.

People near the New Jersey Avenue beach noticed the commotion around 9:30 a.m.

"We heard the sirens and I just looked out our window to see what was going on because I thought they were coming to the hotel," said Mary Pahl of Shillington, Pa.

From her 18th floor room at the Ocean Casino, Pahl could see the efforts to save the man, who went in to save his 11-year-old son.

"We saw a gentleman going out with a yellow board trying to get to the person and at that moment more people trying to get into the water to help," said Pahl.

That Good Samaritan turned out to be a former police officer from New York state, jumping in with a boogie board to help. Police say by the time he got there, Bui was underwater.

"They worked just so hard. I commend them. I don't know how they do it. But it was amazing to watch them work so quick and so hard," said Pahl.

Police say Bui was taken to AtlantiCare Regional Medical Center, where he died.

Bui's son somehow made it to shore on his own. Police say he was treated at the hospital and will be fine.

"To come down here on vacation and something like that happens, it's horrible," said beachgoer Jimmy Sadler of Mantua, N.J.

The incident happened before the lifeguards went on duty at 10 a.m. Authorities remind everyone to swim near a lifeguard.