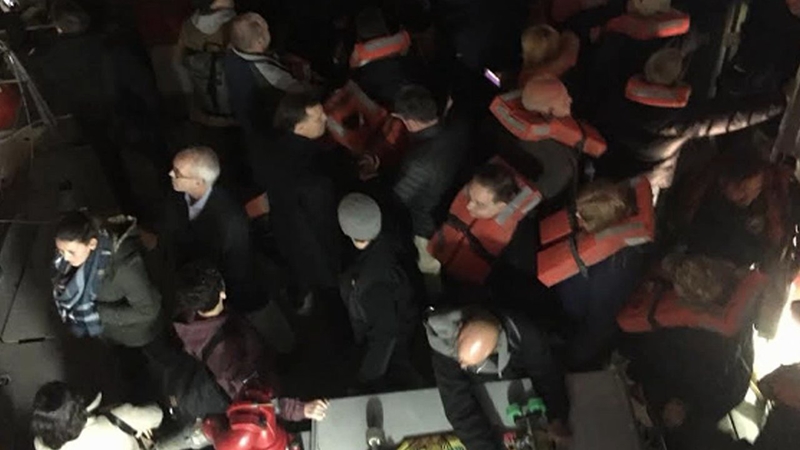 The crew of the MV Zelinsky has had better days. About 50 feet after leaving Pier 11 headed for the Rockaways, the boats propeller hit the dirt.

It happened near the South Street Seaport around 5:15 p.m. Monday.

The passengers put on their life jackets, even as the captain kept trying to free the boat.

The tide eventually raised the boat enough for it to move, though it has a hole in the hull from running aground.

The fire department transported the passengers back to the pier, where they boarded another boat headed for the Rockaways. As for what went wrong, it's not yet clear.