Passengers safely rescued after ferry runs aground in East River 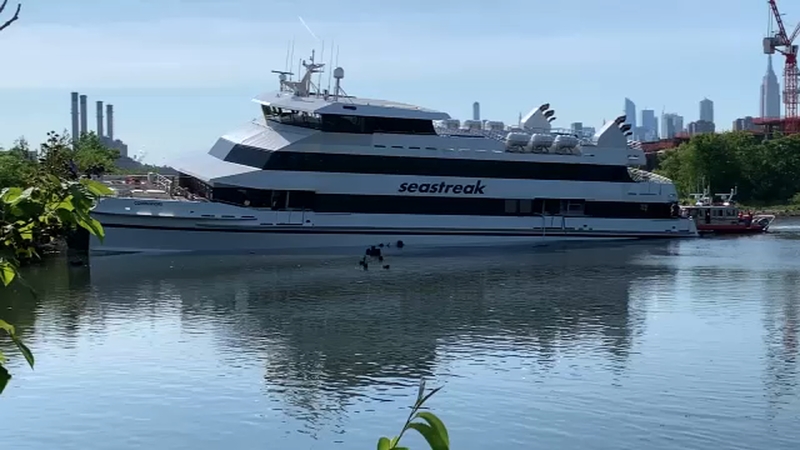 GREENPOINT, Brooklyn (WABC) -- Passengers and crew members were rescued after a ferry ran aground and took on water in the East River near the Brooklyn shoreline.

According to police, the 150-foot Seastreak ferry was navigating shallow waters near the Bushwick Inlet at the time.

Officials say 118 passengers and seven crew members were safely removed from the ferry. No injuries were reported.

Three boats from Coast Guard Station New York were launched and began the rescue efforts with FDNY and NYPD crews. Members of the FDNY and Coast Guard conducted dewatering operations onboard the ferry.

Current situation on scene is under control as evacuations continue. https://t.co/QU3GQ7pjOp

Investigators say a mechanical issue may be to blame.

Washington Square Park is full of life during the day, but at night it has a dark side.