Mechanical issue likely cause as ferry runs aground in East River

ABC's Trevor Ault has the latest on the ferry incident in Brooklyn.

GREENPOINT, Brooklyn (WABC) -- A near-tragedy in Brooklyn was averted Saturday when a ferry ran aground with more than 100 people onboard.

Passengers and crew members were safely rescued from the East River, but the major question Sunday morning is what went wrong.

The ferry operated by Seastreak, which runs routes between New York and New Jersey, lost power and steering on the river just after 4 p.m., drifted into Bushwick Inlet in Brooklyn and hit ground, Seastreak said in a statement. The Commodore vessel was traveling from Highlands, New Jersey, to East 35th Street in Manhattan.

The Coast Guard and New York firefighters helped the Commodore crew get all 105 passengers to safety, Seastreak said. Rescue boats were brought in to help with the evacuation.

Seastreak apologized about incident and said the cause of the mishap was a mechanical issue. They released a statement Sunday.

"Just after 4pm on Saturday, June 5th, while traveling along the East River to E. 35th St. in Manhattan from Highlands, NJ, the Commodore experienced an issue that caused the vessel to lose engine power and steering," the statement read. "The vessel drifted into Bushwick Inlet on the Brooklyn side of the East River and came to rest along the shore. The captain and crew were able to alert the passengers several times to be seated and hold on prior to the vessel going aground. With the assistance of the Coast Guard and the NYFD, the crew of the Commodore safely evacuated all 107 passengers on board and no injuries to passengers were reported. One crew member was taken for observation - not for injury from the grounding, but from what we believe may have been heat exhaustion."

Officials said "while the hull of the Commodore did sustain some damage that allowed water to enter the port hull, temporary patches have been applied and pumps were used to pump out the water."

"The vessel is now floating freely and will be towed to a shipyard later today for repairs," Seastreak said.

Video posted on social media showed the ferry listing to one side.

Fire department officials said one of the seven crew members was brought to a hospital with injuries that were not life-threatening.

First responders were removing water from the ferry, and a salvage company was called in to determine the best way to remove the vessel, fire officials said.

Seastreak says all passengers will receive a full refund for their travel and will be provided complimentary tickets for future trips this season.

For those who were on the Commodore Saturday and have not yet received an email from Seastreak, they ask to contact them at contact@seastreak.com or 1-800-BOAT-RIDE. 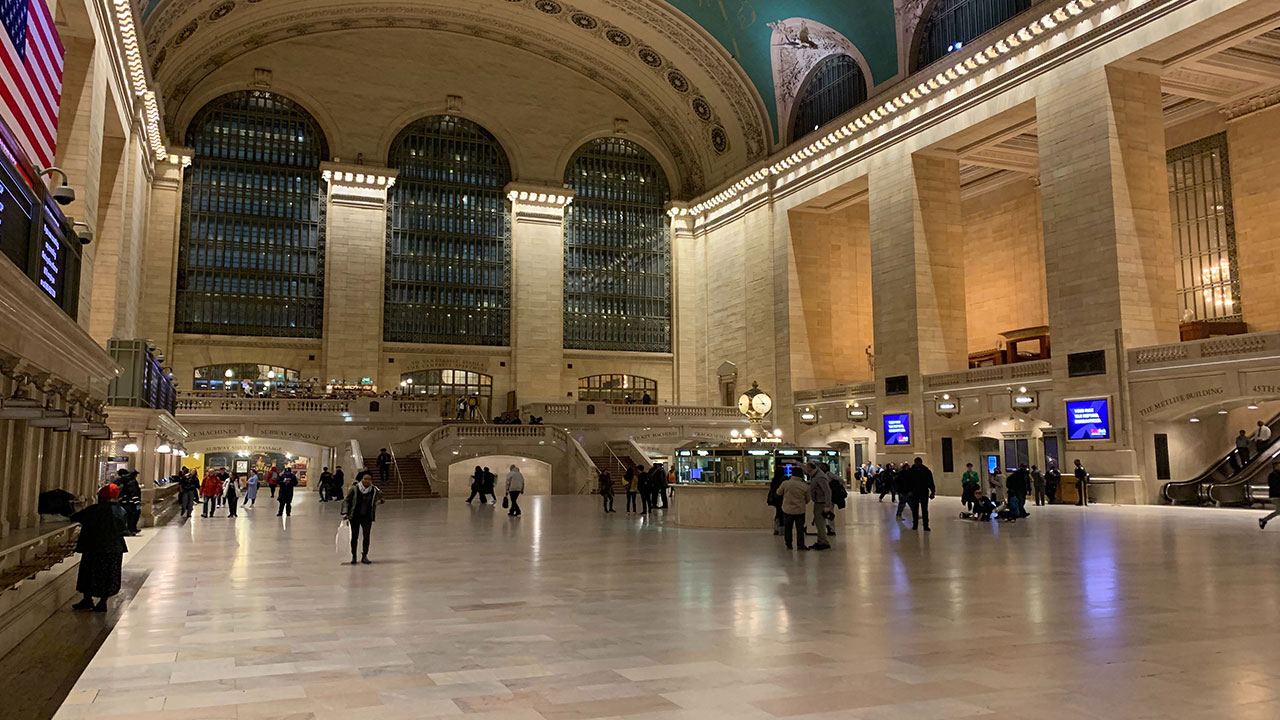