4-alarm fire tears through row of shops on Long Island 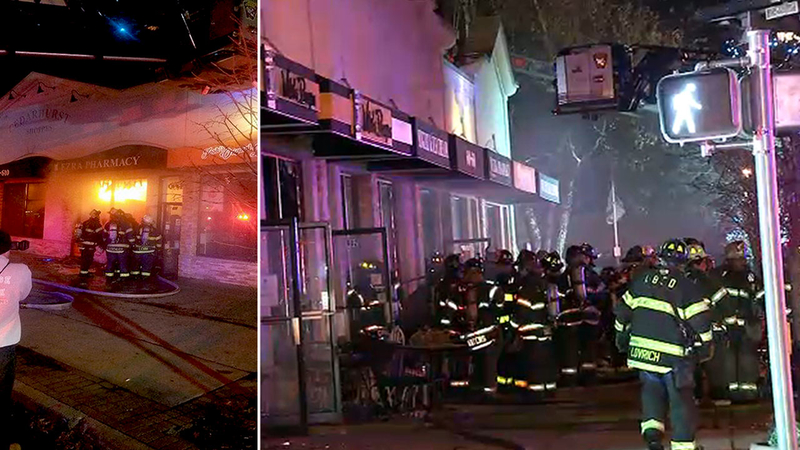 The fire started burned through the stores comprising the Cedarhurst Shoppes on Central Avenue in Cedarhurst just before 3 a.m.

"We arrived in a couple minutes, found heavy fire conditions in the basement," Koehler said. "The building is an old building, believe it or not, and has a common basement with numerous partitions, storage. So (firefighters) met a lot of resistance at the very beginning."

Firefighters broke windows as smoke billowed from the row of stores. The fire, which eventually went to four alarms, broke out in the basement and spread to all the stores.

A restaurant, a pizzeria, an ice cream shop, a cleaners and a pharmacy - all locally owned - were heavily damaged.

"It's terrible, a lot of people losing a lot of business," said Moshe Lazar, of Brick Oven Pizza. "It's devastating to a lot of people. I mean, this is their livelihood: the burger place, the pizza store, the pharmacy. These are all people who make their living day to day."

Koehler said the structure itself is safe, but for now the building is uninhabitable because firefighters had to cut a hole in the floor to get to the flames.

The fire marshal is now working to determine how the fire started.