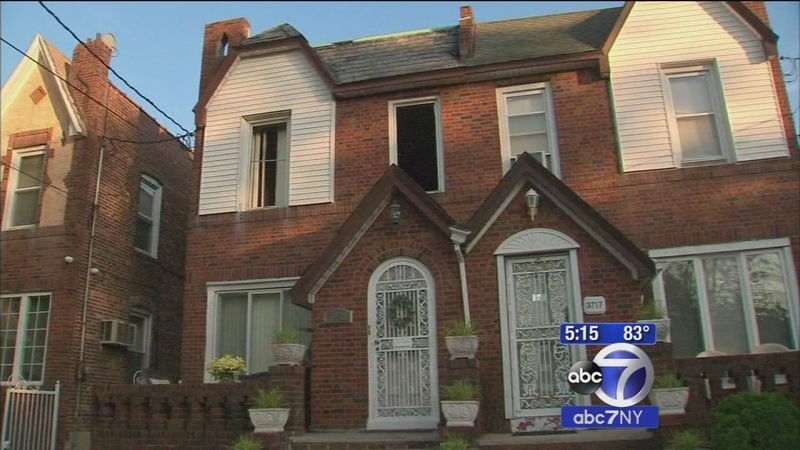 MARINE PARK (WABC) -- A toddler is in critical condition after an early-morning house fire in Brooklyn.

The flames broke out around 1 a.m. on Avenue P in Marine Park, and it was placed under control about 45 minutes later.

Jean Pierre lost his home, but his family is still intact. The fire destroyed everything inside his home and almost killed his 2-year-old son Chase.

Jean's wife and two other children were able to make it out, but they lost track of little Chase in the blinding smoke.

Neighbors rushed back in, but the smoke was overwhelming. FDNY Lieutenant Victor Milukas was one of the first on the scene.

"Very chaotic scene, people yelling that the baby was still inside," he said.

He led a team inside the house, looking for Chase.

"We made our way to the top of the stairs," he said. "And we had zero visibility, high heat."

He found the toddler in a middle bedroom, lying lifeless next to a burning mattress and a pile of clothes.

"Every life is precious," he said. "But for a child, you go above and beyond."

EMTs successfully resuscitated Chase, and he was rushed to the hospital.

"I thank God for everyone," Pierre said. "You have to count your blessings."

Officials believe it was an accidental electrical fire caused by an air condition plugged into an extension cord. That cord was then run underneath a carpet.

Experts say AC units must be plugged directly into the outlet, and extension cords should never be run under a rug or allowed to be pinched between furniture or walls.