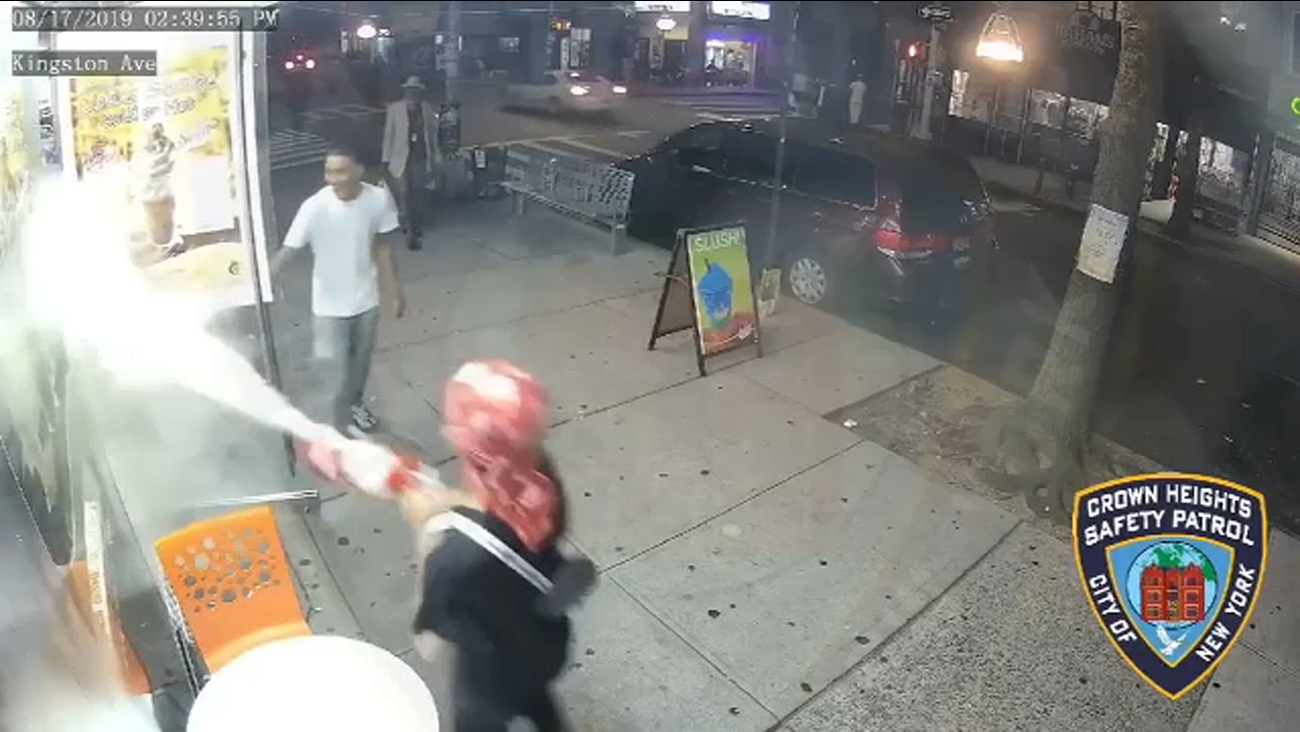 Police said the suspects stole the fire extinguisher from a parked school bus just after 9:50 p.m.

They then sprayed it inside Sweet Expressions on Kingston Avenue.

Video shows one teenager holding open the door, laughing, as the other teen squeezes the trigger, releasing the extinguishing agent.

A young girl is seen standing in the path of that spray.

This perpetrator is wanted for stealing and spraying a fire extinguisher towards a child last night. If seen please call 911 and Shmira @ 718-221-0303 pic.twitter.com/89tEdx3eEV

No injuries were reported in either incident

One of the teens, a 16-year-old Yonkers boy, was taken into custody following a brief foot pursuit.

He was charged as a juvenile with petit larceny for the theft of the fire extinguisher.

A second young man fled on foot and is still being sought.