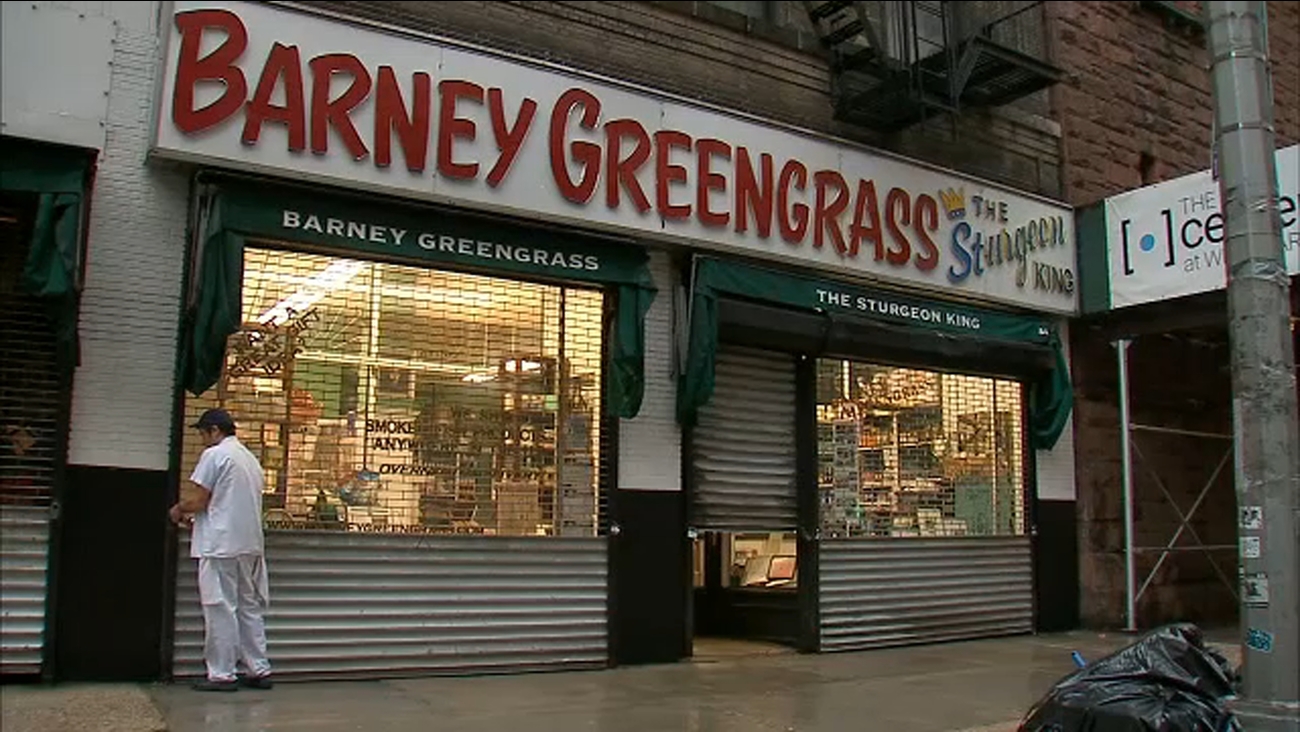 UPPER WEST SIDE, Manhattan (WABC) -- A famed Manhattan deli that was shuttered after failing a health inspection has been cleared to reopen, the Department of Health said Wednesday.

Barney Greengrass on the Upper West Side was hit with nine violations last week and temporarily shut down.

"I'm sure they'll clean it up, but they are a neighborhood institution, so hopefully they'll take care of it," customer Melissa Sanchez said upon learning the news.

Inspectors said they found food not being held at the correct temperature, roaches and close to 300 mouse droppings in the kitchen and storage areas.

Cari Whitney and her mom, like many other loyal customers, were devastated that their go-to place was a no-go.

"The best latkes, and I want to go back," Whitney said. "Oh, and blintzes!"

The family-run eatery has been a favorite among celebrities and the backdrop for movies and TV shows, but it is not the first time it failed inspection.

In June of this year, it was slapped with three violations - again, mice and their droppings were the problem. In 2017, there were seven violations, and there was a similar case in 2016. Each time, owner Gary Greengrass cleaned up his act, and the location reopened.

This round of inspections happened during what many consider the busiest week as customers were getting ready for Yom Kippur.

Greengrass told Eyewitness News that the family-run eatery missed its customers and was looking forward to reopening. He also disputed some of the violations from city health officials, saying refrigeration was working and foods were being kept at their proper temperature.

He says one item out of temperature was a container of cooked noodles that was to be used in soup.