Why Long Island restaurant owners are struggling to find workers 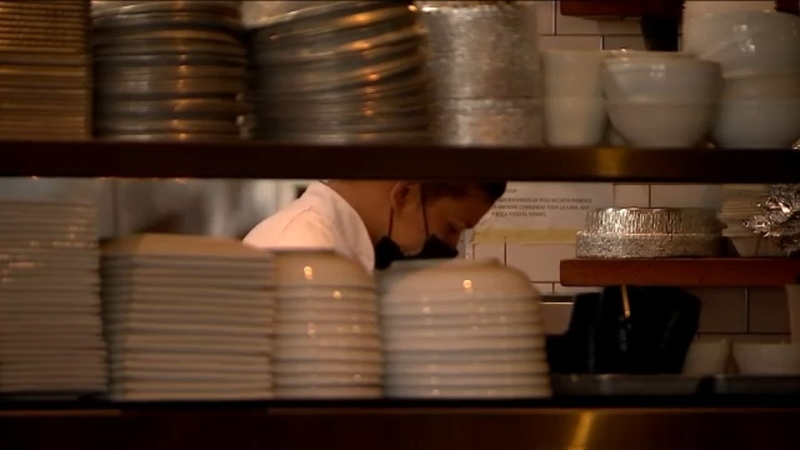 Joe Parini, the owner of Nicky's Clam Bar in Bay Shore, said he is short three or four cooks and about 10 servers.

"I do it all right now. I used to have a breakfast cook. I'm doing it myself," Parini said.

Sam LaScala, owner of Pico Tequila Grill in Bay Shore, said he also is having to cook and do other duties around the restaurant because he's short-staffed.

"We're putting out the ad and we're getting three or four responses and then we call them to come in, to come in for an interview and they don't even show up for interviews," LaScala said.

LaScala said in the three decades he's been in the food industry, he's never seen such a shortage of help.

Stevie Reno is preparing to open a new restaurant, Rock City Dogs in Bay Shore, and needs to hire a whole team of staff.

Reno said he's spending thousands of dollars every month on employment ads and the responses are only trickling in.

"We're trying to pay people more to bring them in and we're still struggling," he said.
Restaurant owners in Bay Shore are teaming up to hold a job fair on Tuesday.

Those with the U.S. Chamber of Commerce are blaming unemployment benefits for businesses struggling to find workers. They issued a statement on Friday in response to the lower-than-expected national jobs report calling on policymakers in Washington to end immediately the $300 weekly supplemental unemployment benefit.

"The disappointing jobs report makes it clear that paying people not to work is dampening what should be a stronger jobs market," said Neil Bradley, U.S. Chamber of Commerce Executive Vice President and Chief Policy Officer.

Those with the Chamber said based on their analysis approximately one in four people are taking home more in unemployment than they earned working.

Fran Daniels with Long Island-staffing company Waitstaff At Your Service said she has many events booked but is struggling to find waitstaff. She's posting every day on Facebook and is trying to hire people through referrals.

"We're doing our best to keep our customers happy," she said.

For Alexa Suess, creating costumes has been a hobby she has been doing since she was a kid. However, creating a costume from her favorite show "The Mandalorian" was a challenge.