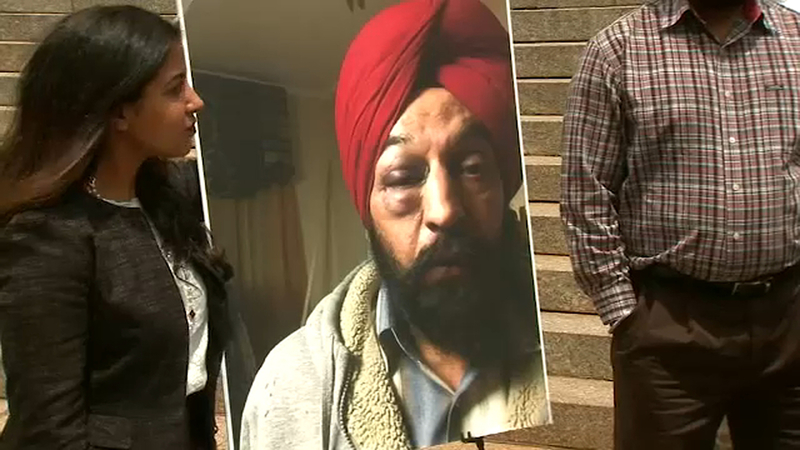 NEW YORK (WABC) -- There is a push for tougher penalties for people who assault taxi and ride share drivers..

"We're here to say this is unacceptable," he stated from the steps of Queens County Court Tuesday.

In January 2017 green cab driver Toffazal Bhuiyan was ambushed by two passengers. His injuries were so severe he needed spinal surgery afterward but his alleged attackers got off with a slap on the wrist.

"I have back problems, I cannot work seven months," explained Bhuiyan.

"Both of them (the accused attackers) were given ACDs adjournment in contemplation of dismissals they were let off the hook with no criminal record," further noted Najmi.

Uber driver Irfan Hyder had a similar encounter in January of this year when he picked up an intoxicated group late one night. One of the passengers broke off his antenna and smashed it through the windshield while another placed him in a chokehold.

"His friend still had me in a chokehold...he continuously punched me numerous times on my left eye and I had a preexisting condition on my eye," recalled Hyder, who also needed surgery following his assault.

Yellow cab driver Jaswant Singh was assaulted in Manhattan in February 2016 when he confronted a passenger who refused to pay.

"He punched me and take off my turban," remembered Singh.

After a failed attempt to push a bill through the state legislature that would have made assaulting a for hire vehicle driver a felony in New York, Najmi and several other unions are now joining together, calling on the city's district attorneys to protect these drivers.

"If you did any of this to an MTA worker, a bus driver, a subway operator, a sanitation worker you'd be charged automatically by statute with a felony," noted Najmi.