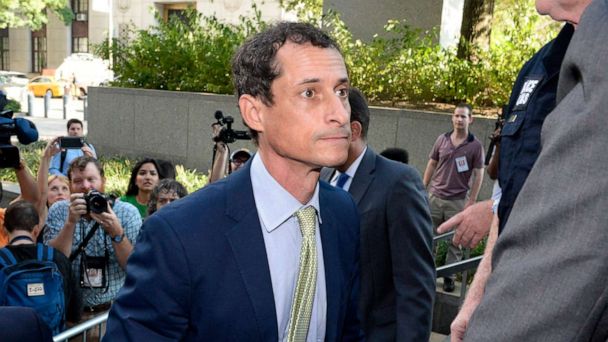 Disgraced former congressman Anthony Weiner was designated a level one sex offender Friday by a judge in the Bronx, where Weiner is living in a halfway house following a stint in federal prison.

Level one is the lowest level designation.

Weiner was convicted in 2017 of sending lewd texts to an underage teen in North Carolina.

His case briefly intersected with the 2016 presidential race when a laptop was found to contain emails from Hillary Clinton's private server involving Weiner's estranged wife Huma Abedin. The discovery prompted then-FBI director James Comey to reexamine the Clinton matter just ahead of the election.

Weiner, once a rising star in the Democratic Party, served 12 years in Congress. He resigned after admitting to sending explicit photos to at least one woman under an alias. He told the judge at his sentencing that he had a sex addiction and had been a "very sick man for a very long time."