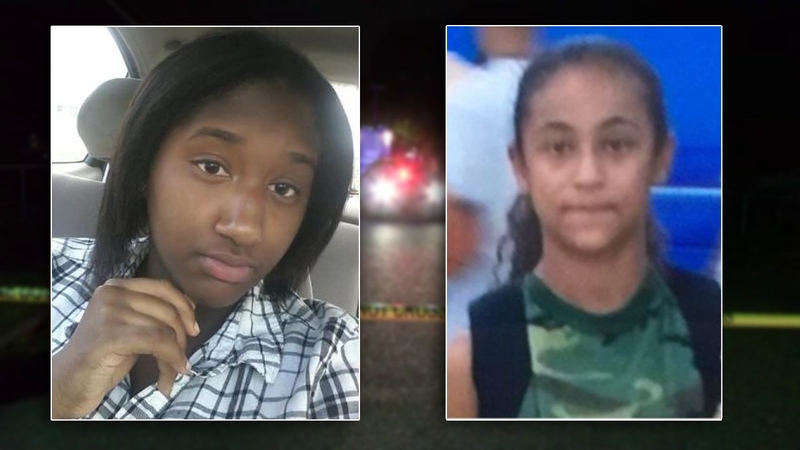 Arrests in murders of Brentwood teens

CENTRAL ISLIP, Long Island (WABC) -- Several reputed gang members are facing federal charges that include the killings of two teenage Brentwood girls in a double murder that shocked the community.

Four of the suspects are being linked to the September murders of 16-year-old Kayla Cuevas and 15-year-old Nisa Mickens, which was the result of a gang related dispute at Brentwood High School.

The girls are not believed to have been specifically targeted for retribution, but rather crimes of opportunity related to ongoing gang disputes at the high school.

Mickens and Cuevas were slaughtered in a residential neighborhood near an elementary school in a Sept. 13 attack that came amid a national conversation about illegal immigration. Last December, Donald Trump referenced the killings in Brentwood during a profile for his Time magazine "Man of the Year" award after being elected president.

Two of the suspects have also been linked to the death of 18-year-old Jose Pena-Hernandez, whose body was found on the grounds of the Pilgrim Psychiatric Center in Brentwood in October.

Federal officials joined the investigation into gang activity in Brentwood following multiple deaths and disappearances believed linked to a gang.

The arrests were made in a series of raids Thursday morning in Suffolk County executed by FBI and Suffolk police.

Investigators still are looking for a couple of people who are under arrest; 13 are being charged in total in this case. Some were already in federal custody.

The 13 suspects are charged with seven murders, U.S. Attorney Robert Capers said at a news conference in Central Islip.

He said Cuevas and Mickens were beaten to death by gang members swinging baseball bats and a machete. He said Pena-Hernandez's remains showed signs of repeated stab wounds and beatings with a blunt force instrument.

"The brutal murders of Nisa Mickens and Kayla Cuevas, and the savage killing of Jose Pena, allegedly committed by these defendants, exemplify the depravity of a gang whose primary mission is murder," said Capers.

Some people complained that police, school officials and others were not doing enough to stem the violence. Since then, police have arrested more than 125 suspected gang members in Brentwood and elsewhere. Gang members have been blamed for at least 30 other killings on Long Island since 2010.

"We will continue to keep the pressure on this ruthless gang and anyone who associates with them, and we will spare no resource to accomplish our objective," said Suffolk County Police Commissioner Timothy Sini.

"I want to say thank you so much from the bottom of my heart," said the mother of Kayla Cuevas, Evelyn Rodriguez. "This day is a celebration, also a sad day because Kayla's not here."