Gas prices keep rising, especially in New York; How you can save at the pump 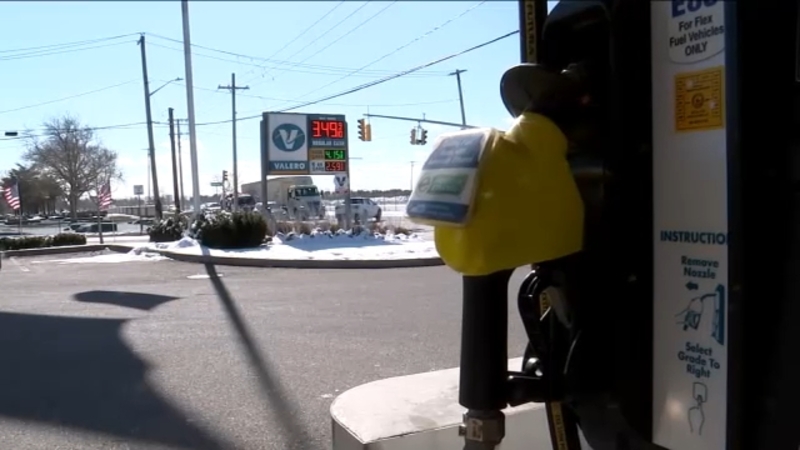 NEW YORK (WABC) -- For the seventh straight week, gas prices across the country are higher than the week before, especially in New York which saw the biggest jump.

The national average for a gallon of gas is $3.47, up almost one dollar from this time last year.

"They're outrageous," Michael Mangi, of Blue Point, said of the prices at the pump.

Patrick De Haan, head of petroleum analysis for GasBuddy, said gas prices right now are the highest they've been since the summer of 2014.

De Haan explained that gas prices typically increase this time of year as we head into spring, but he said that the tension at the Russian-Ukrainian border is exacerbating the trend.

Joe Cuba, of Huntington Bay, said the high gas prices are hitting him hard and it's costing him now more than $150 to fill up his truck.
"Usually at half, I fill it up, so I don't have to feel it all the time," Cuba said.

Kristin Thorne has more on the offshore wind project from Wainscott.

Joann Aruanno, of Melville, said it's times like these that she's happy she has a hybrid car.

"Shop around before you fill up and find a station that has a lower price," he said.