The man and a friend can be seen yelling at the bear to get out of the car, which it had entered on its own.

GATLINBURG, Tenn. -- A Tennessee man on vacation with friends in Gatlinburg shooed a black bear from his car earlier this month, after it broke into the vehicle and caused significant damage.

Joseph Deel, who can be seen in the July 10 footage opening the car door, told Storyful the furry invader later returned with another bear.

"She attempted to get back inside my car," Deel said. "I went back outside and yelled at the bear and threw things at her. The two bears then proceeded to leave the car and moved to the backyard of the cabin we were staying (in)."

While the bears soon left with no trouble, the damage caused to Deel's car caused it to break down while driving back to his home in Johnson City, Tennessee.

"I had to abandon the car," he said. "Insurance took two days to get a tow truck to my car. In that time looters broke into my car via a back window and stole my catalytic converter, battery, and exhaust manifold. Insurance cut my car as a loss and totaled it." 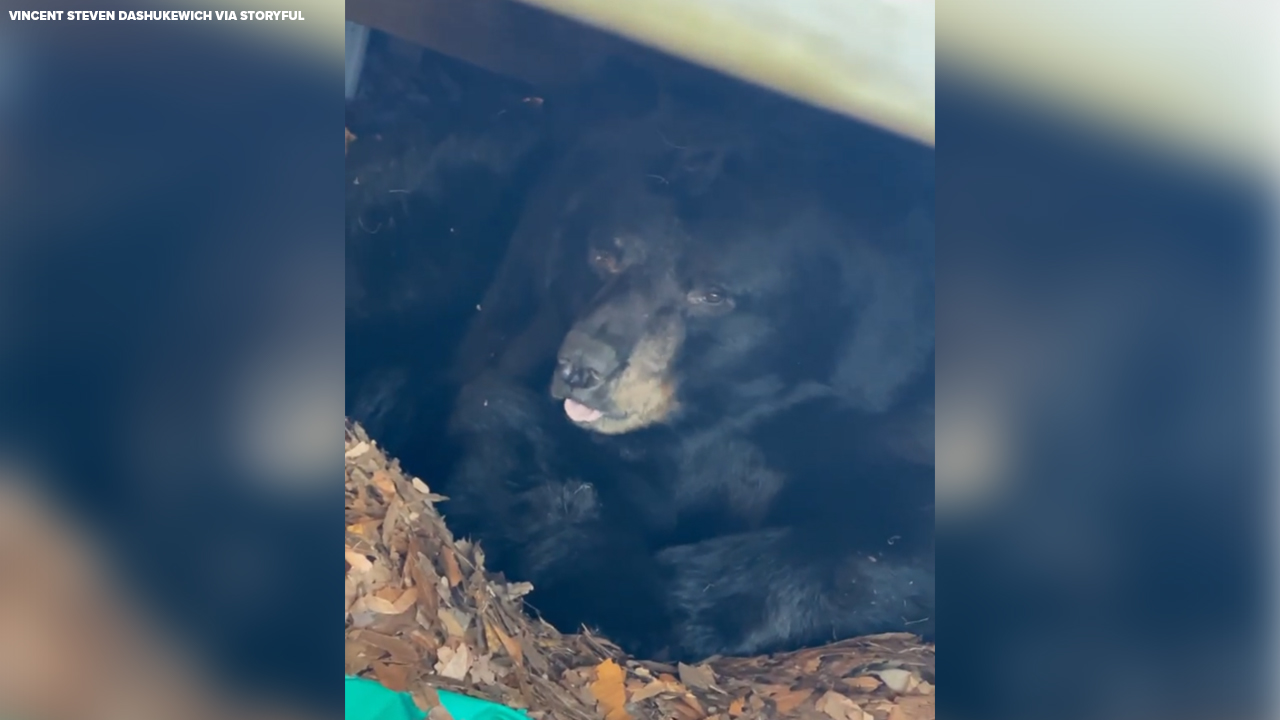