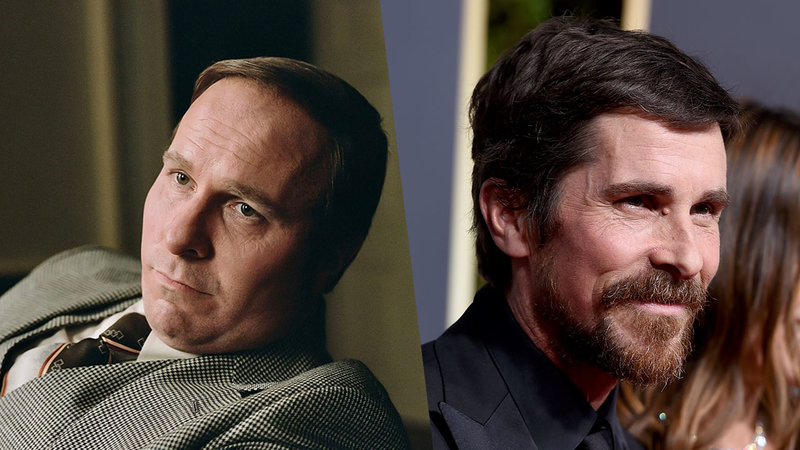 After getting Golden Globes recognition for playing Dick Cheney in the biopic Vice, Christian Bale thanked someone unexpected: Satan.

"Thank you to Satan for giving me inspiration on how to play this role," Bale said in the middle of his 2-minute speech.

After the speech, Cheney's daughter, Liz Cheney, responded on Twitter.

Satan probably inspired him to do this, too. Christian Bale arrested for 'assault on mother and sister'| The Independent. https://t.co/kesnNno9Zv

"Satan probably inspired him to do this, too," she wrote, linking to an article about a 2008 incident when Bale was arrested for allegedly assaulting his mother and sister.
At the time, Bale denied the allegations, saying he was questioned by police and released without being charged.

On Sunday, Bale took home the only award of the night for Vice, which had scored the most nominations of any film with six. The actor, who put on 40 pounds to transform into the former vice president, is also considered among the frontrunners in the Best Actor Oscar race this year.

RELATED: When are Oscar nominations getting announced?

Earlier in the speech, Bale joked that his wife advised him to keep his speech short.

"She knows the dumb crap that can come out of my mouth at times. I can sink and ruin a perfectly good movie and a so-so career in one speech," he said.

Bale also worked in a dig on both Cheney and himself in one fell swoop, joking director Adam McKay thought: "'I've got to find somebody who can be absolutely charisma-free and reviled by everybody.' So he went, 'That's gotta be Bale.'"

The actor suggested that, given that, he might consider playing Senator Mitch McConnell next.