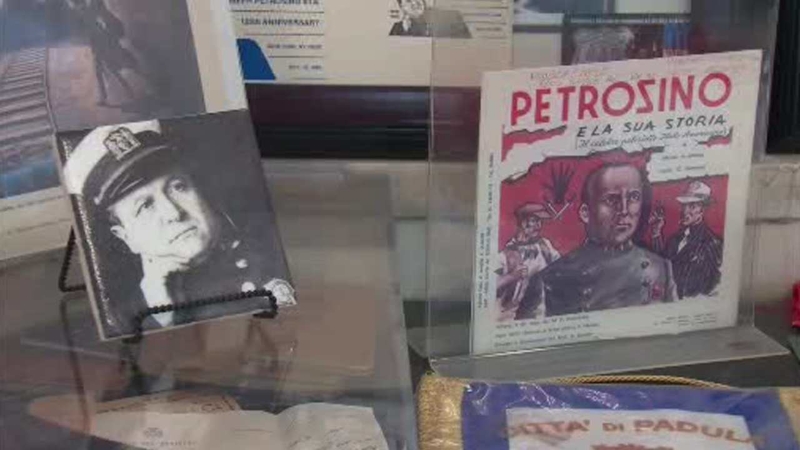 NEW YORK (WABC) -- The story of an undercover detective who led a crusade against the Italian mob in the early 1900's is getting the Hollywood treatment.

Leonardo DiCaprio will take on the role of Giuseppe "Joseph" Petrosino in the adaptation of the book "The Black Hand".

More than 100 years after the death of an undercover n-y-p-d detective, his legacy lives on

"Lt. Det. Petrosino was revered by the NYPD as a crime fighter," said Robert Font, of the Lt. Det. Joseph Petrosino Association.

Joseph Petrosino was the first Italian-American detective in the City of New York.

Nicknamed "Detective in the Derby," he was tough, known for standing up to a gang called the "Black Hand," that preyed on Italian-American immigrants.

"In Little Italy, during the turn of the century, you could hear bombs being blown up almost every single day. And the one policeman who was standing up against all of this was Joe Petrosino, Giuseppe Petrosino," said Joseph Scelsa, of the Lt. Det. Joseph Petrosino Association.

He went to Sicily to learn more about suspects he had arrested. It was there, on March 12th 1909, that the mafia assassinated him.

Friday, Petrosino's relatives and members of the Joseph Petrosino Association of America gathered at the Italian American Museum in Little Italy to make a big announcement.

Actor and producer Leonardo DiCaprio bought the movie rights to a book about Petrosino, "The Black Hand."

"Everybody's going to know about the courageous fight, that Italians, in particular Lt. Petrosino, fought against The Black Hand," Scelsa said.

Relatives think sharing Petrosino's story will shine a light on the positive role many Italian-American's played in shaping our country, and take away from negative stereotypes.