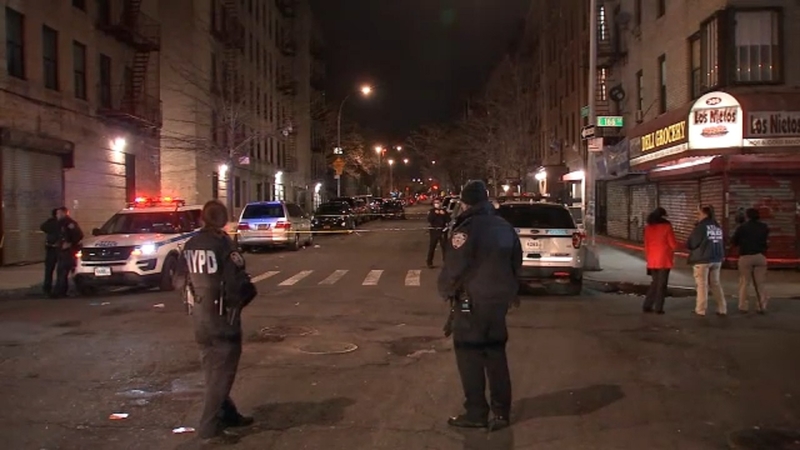 Gun battle leads to police-involved shooting in the Bronx

CONCOURSE VILLAGE, The Bronx (WABC) -- An investigation is underway after a gun battle led to a police-involved shooting in the Bronx.

Moments later, officials say two men began discharging a firearm at a third man, who was fleeing, and running towards the officers.

The gunmen then fled westbound on 166th St and north on College Ave, where they encountered two officers. The gunmen then tossed their firearms under a car, and were taken into custody.

Officials say one gunman was injured, and was taken to Lincoln Hospital, where he is in stable condition. Another gunman was struck numerous times, and later died.

An innocent bystander was injured in the shooting and was taken to the hospital to undergo surgery.

The motive of the shooting is unknown.