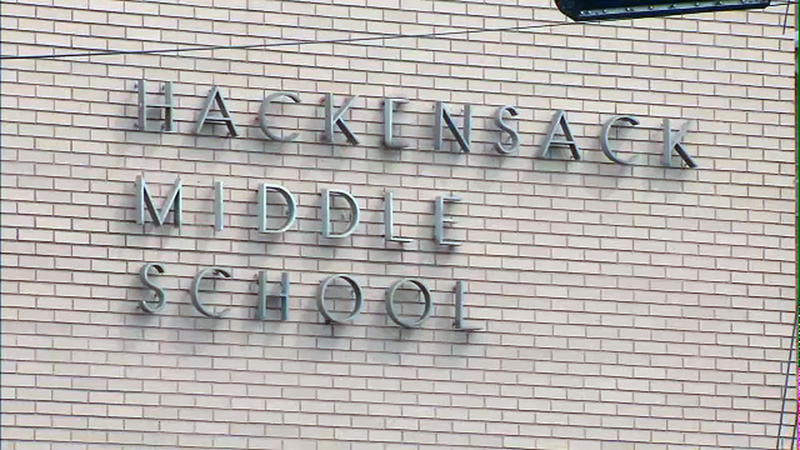 HACKENSACK, New Jersey (WABC) -- The superintendent of a New Jersey school district where an outraged family claims a teacher asked sixth graders if they were HIV positive prior to a camping trip characterized the incident as a misunderstanding, saying the teacher in question actually said "HIB" in reference to the state policy governing bullying in schools.

The family, however, stands by its claim.

HIB stands for "Harassment, Intimidation, and Bullying," and anyone who had been written up under the policy would not be allowed to go on the trip.

"After a thorough investigation, it was discovered that the use of the acronym HIB, in a reference to Harassment Intimidation and Bullying, was used in the classroom," acting Hackensack Superintendent Rosemary Marks said in a statement. "Students misinterpreted or thought they heard HIV. This was a misunderstanding and a misinterpretation. We have learned, however, going forward that as adults we cannot take shortcuts with language, especially when working with children this age."

The Mendes family called the claim "a weak excuse," maintaining that the teacher admitted to asking if anyone was "HIV positive." They say such language could not be mistaken for HIB.

The incident happened at Hackensack Middle School, where sixth graders are preparing for a four-day trip into the woods for some outdoor fun, education and team building.

Mendes said she was then forced to deal with some uncomfortable conversation at home, when her 12-year-old son asked about the disease.

Mendes said the incident has shaken classmates, and many want to see the teacher penalized.