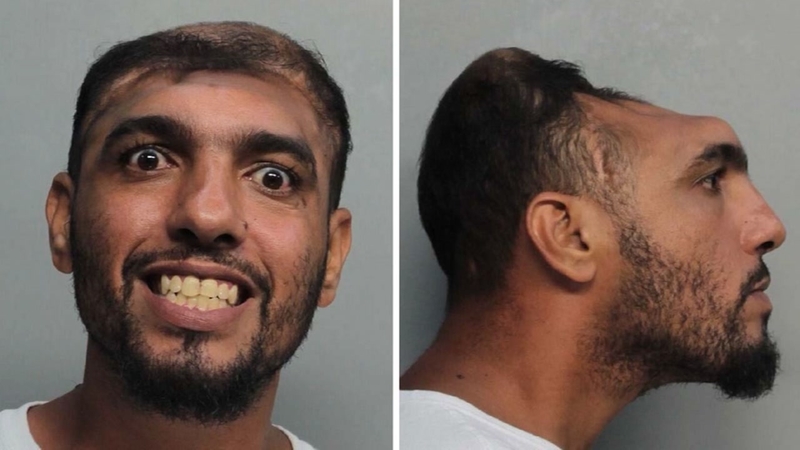 Local station WPLG reports Carlos Rodriguez, 31, of Miami, allegedly set his mattress on fire at a duplex, according to police.

Police said an officer found the man sitting in the backyard. His statement to police was redacted.

An arrest affidavit says the fire was deliberately set, "posing an immediate threat to the lives and safety of the occupants." The report said two people live in the duplex.

Rodriguez became an Internet sensation in 2012 after he explained in a YouTube video how he lost a portion of his skull.

Rodriguez said in the video, "I was driving and I hit a pole and I flew out the front window and landed on my head."

Rodriguez said he was high on drugs at the time of the crash.

WPLG reports a Miami-Dade County judge ruled that Rodriguez stay away from matches and fire.