Once homeless California teen helps family save to buy home, gets accepted to Harvard 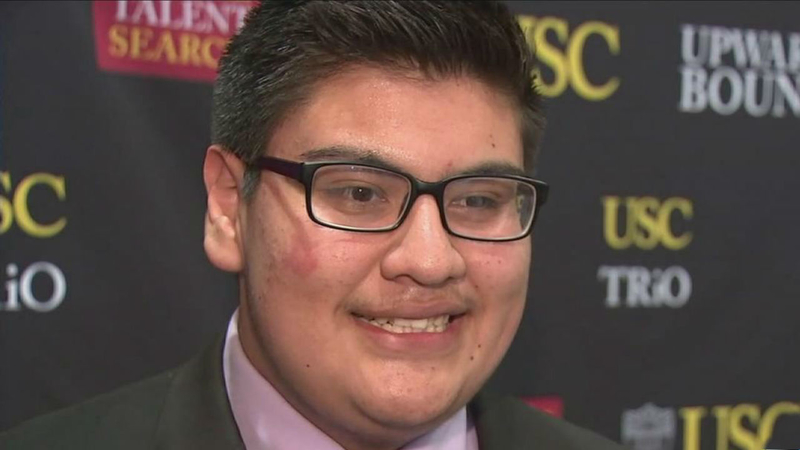 EXPOSITION PARK, California -- A once homeless Palmdale teenager defied the odds and was honored at a banquet Tuesday night because he will be heading to Harvard.

Jorge Campos is one of 106-upward bound students who was honored at USC in math and science. For the past 40 years, the university's federally-funded Trio Program has had one goal - to make college accessible for low-income students and students first in their families to go to college.

"Living in the present is OK, but constantly thinking about your future is even better," Jorge said. "It was kind of hard for (my parents) to argue against Harvard once I told them that I really wanted to go."

Jorge, the son of Mexican parents, is heading to Harvard in the fall to study economics. While moving 3,000 miles away will be tough, his parents owe their son.

Before entering high school, his father lost his job resulting in the family of six becoming homeless for three months. That very same year, Jorge enrolled in college-level courses at Los Angeles Community College, which taught him about money.

"I took over my parents' finances, under budgeting, and now two years later, we purchased our home," Jorge said.

The move to Palmdale meant Jorge trekked 70 miles one way for two years to graduate from his South L.A. high school.

"I think he's going to be able to give back to our world and inspire other young people and kids of color who didn't think that they could actually do it," said Theda Douglas, associate vice president of USC university relations.