WABC
NEW YORK (WABC) -- The September 11th Victims Compensation Fund (VCF) is making "significant reductions" in awards to first responders because it is running out of money.

The fund will be cutting future payouts in half, some as much as 70 percent -- a decision the special master acknowledges is "horribly unfair."

Special Master Rupa Bhattacharyya said there has been a significant increase in claims over the past four months after the VCF made a public push.

The VCF said there has also been a notable increase in the rate of serious illnesses suffered by members of the 9/11 community and an increasing number of deaths attributed to 9/11 exposure.

"We recognize that this is horribly unfair, particularly because we have spent the balance of this program paying claims at full value, and claimants who are coming in now are going to receive less," said Rupa Bhattacharyya, who administers the fund. "Unfortunately, the law really leaves us no choice. This is the fairest way we could come up with to do it."

"This is devastating news to the thousands of sick and injured 9/11 responders and survivors who were promised, and have been counting on, being fully compensated for the losses they have suffered," the statement read. "On the first day that Congress is next in session, we will be introducing bipartisan legislation, the Never Forget the Heroes: Permanent Authorization of the September 11th Victim Compensation Fund Act, that would fix this problem. Our bill would restore any cuts to awards, ensure that future eligible recipients are fully compensated, and make the VCF program permanent. We are calling on all Members of Congress to join us in this effort. Sick and injured 9/11 responders shouldn't have to come begging for us to do our jobs. They've done that too many times before. Let's make this time different and quickly pass this bipartisan legislation."

Community advocate and attorney Michael Barasch, who has represented more than 11,000 first responders with 9/11 VCF claims -- including NYPD Detective James Zadroga, for whom the Congressional bill was named after -- said the dramatic reduction in funding would have a devastating impact on countless families.

He called on the federal government to take immediate action.

"I want to be clear, the shortfall is not the fault of Congress, the President, or the VCF's Special Master," he said. "Instead, it was necessary because of an unanticipated explosion of cancers and deaths in the 9/11 community. Many more are expected to get sick as a result of their exposure to Ground Zero toxins in the 8 months after 9/11. People were told by the federal government that the air was safe to breathe -- but the air was highly carcinogenic, with a chemical composition similar to Drano, and mixed with pulverized glass and concrete. Members of the 9/11 community and their families continue to suffer. It would be a moral injustice to slash future awards by 50%/70%. The 9/11 Victim Compensation Fund must be extended and fully funded so that everyone gets the justice that they deserve."

The fund is scheduled to stop taking claims in December 2020. 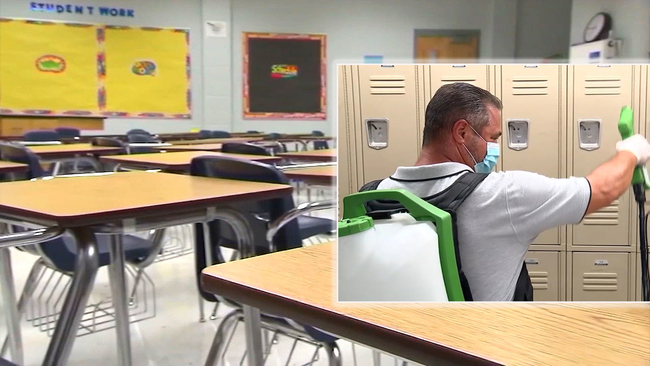